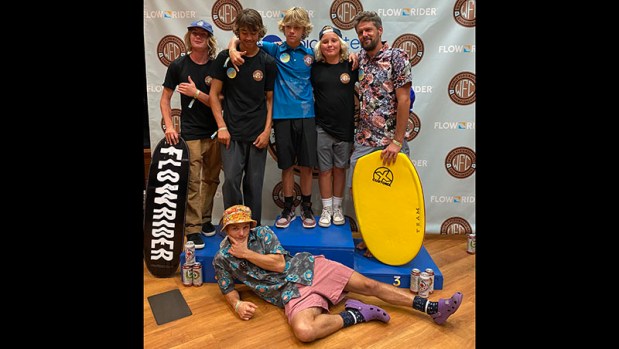 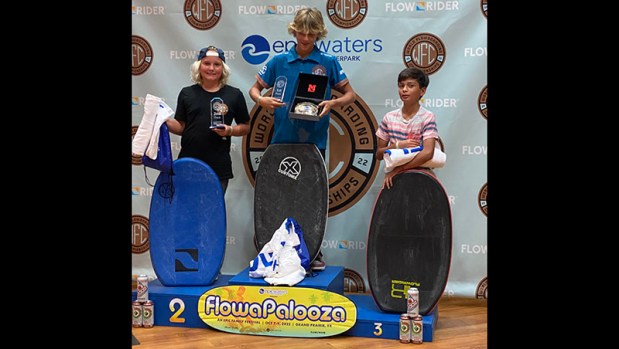 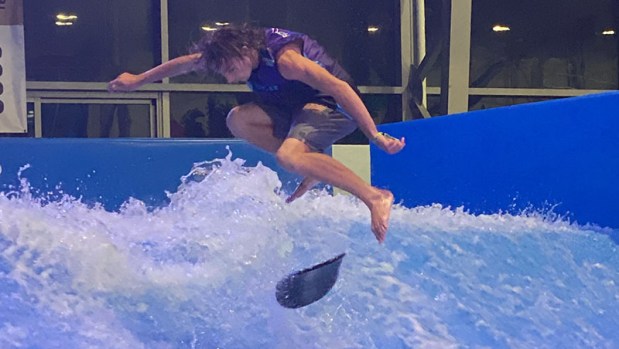 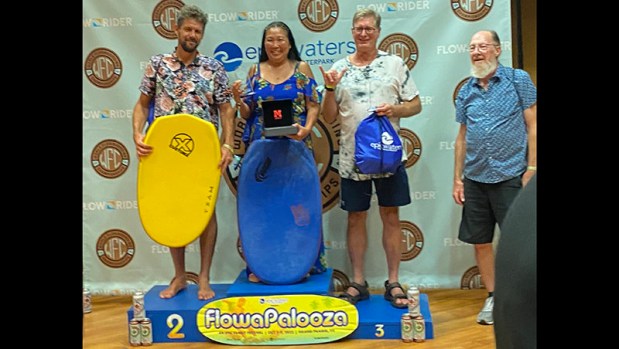 The Outer Banks Flowgang dominated the World Flowboarding Championship this fall, riding to the top in several divisions during Flowapalooza at Epic Waters Indoor Waterpark in Grand Prairie, Texas.

The Flowgang is a team of riders from the Outer Banks and northeastern North Carolina that ride the Flowrider daily at H2OBX Waterpark in Powells Point. Formed back in 2017, the team is led by Randy Owens, founder of the Outer Banks Flowgang, and each member shares a unique passion for riding the Flowrider. The team has participated in numerous competitions over the years, some of which have been hosted by H2OBX. But they have traveled far and wide to compete; New Jersey, Vermont, Virginia, Florida, New Hampshire, South Carolina and now Texas have all held competitions where the Flowgang was able to put their skills to the test.

For the Outer Banks Flowgang, this sport is more than just competition. The team shares a love for being in the water, whether it be surfing, riding, or hanging out with one another at the beach. “We all grew up spending most of our time in the ocean,” Owens noted. “They all got sea legs underneath them and I think that’s what builds community.”

The Outer Banks Flowgang is comprised of more riders than the other waterpark teams who they have faced in competitions. Owens believes that their similar, aquatic upbringing and shared passion for riding waves has brought them closer as a team and that has translated in competitions.

For Owens, his experience knee boarding behind the jetted water of boats growing up helped him take on the Flowrider. “It’s nothing like surfing,” he admitted, “which is actually the big misconception.” The rider explained that the physics behind leaning back while racing forward is comparable when it comes to knee boarding and flowriding. But riding the ocean waves has proven useful when it comes to competitions. “I think that’s what gives us our style,” he said. The carving technique that comes along with surfing in the Atlantic Ocean is different than those of their inland competitors, which sets them apart.

Owens shared that the team plans on attending nationals next year and depending on where the world championship is held, compete as world champs. For now, the team will continue to practice indoors at other facilities until H2OBX reopens its doors for the next season. To keep up with the team’s activity and competitions, follow Outer Banks Flowgang on both Facebook and Instagram.