A history of the Austin Family Reunion 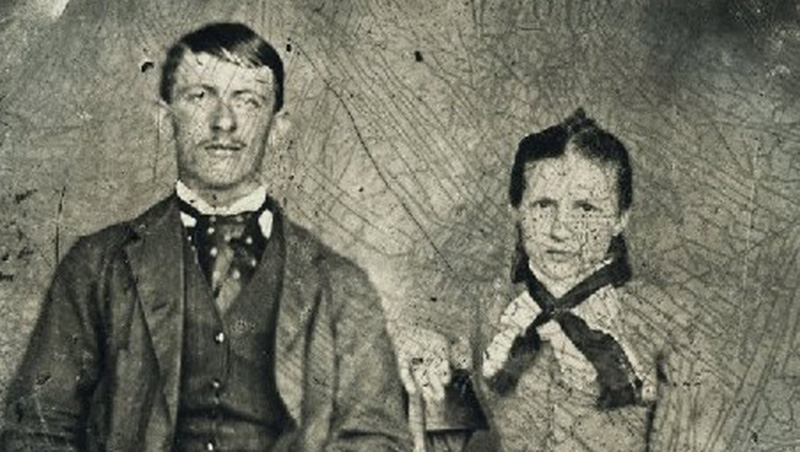 Our Austin grandparents had nine children, seven sons and two daughters. Thirty-eight grandchildren – 18 boys and 20 girls – made up the next generation. Grandma Mogieannah died of breast cancer and missed knowing all 18 boys and 20 girls. She died before my second birthday. Grandpa Wheeler, who lived into his 80s, claimed three others: the children of Lovie’s widower, Elsworth E. Balance, and his second wife Elivia Rollinson.

My brother, Andrew Shanklin Austin Jr., died January 1976. Attending his funeral, Ruby Erlene Austin Burrus and I shared our grief. I remarked: “It would be good if we could be together other than at funerals.”

Two other cousins died years before 1976. Desmond, son of Ernest, died at 13 and Maurice Folb Peele, son of Beatrice, was killed in accidental shooting during WW II.

Ruby began to organize our first family reunion. We assembled June 1978 on the spacious ground surrounding the home of Beatrice Austin Peele, widow of Leo Peele Sr. At that time, two of her siblings joined her. Luther Lathan and his wife, Ellen Peele Austin, and William Horton and his wife, Violet Gaskill Austin. Present were two widows of brothers: Ruth Styron, widow of Frederick Barret Austin and Kate Harrell Austin Burrus, widow of Ernest Lee Austin and of Adolphus Burrus.

My brother’s widow, Ruby Meekins, and I missed the second reunion. We were on the extended trip that my husband Don Skakle, who died April 1980, had planned for June. He had answered the call one week before his death that confirmed our place for a European tour and attendance of the 1980 Oberammergau Passion Play, shown every 10 years. My family encouraged me to go. My funds were frozen due to Don’s death. My sister Ramona loaned me money to pay my fare and Ruby had volunteered to accompany me.

Before we met The Reverend Maxie Dunham and his group in Rome, Italy, we flew from separate airports to Boston, Massachusetts and had visited Elizabeth Darcy Skakle, widow of Stanley Gordon Skakle Sr., at her summer  home. She  had returned to Wareham from Winter Haven, Florida after Poppa Skakle’s death August 1979.

A flight from Boston to Rome connected us with our tour group. Our tour ended in Zurich, Switzerland and Ruby and I took an overnight train ride to Paris, France to meet my son Clifford in Amsterdam. Cliff was part of the  Dutch Tennis Circuit that summer and my son Andrew had joined him in Tilburg, The Netherlands while Ruby and I toured and attended the Passion Play.

We discovered we could not cross the English Channel due to a strike. Cliff saw that Ruby and I were on a flight to London. The day of the 1980 Austin Reunion, travel weary and homesick, Ruby and I were awaiting our flight back home in a motel room at Heathrow Airport, on the wrong side of the Atlantic. Ruby called her son Gary, at Hatteras. We had been away long while. That reunion is the only one I have missed.

When Ruby Austin Burrus, daughter of Nacie #1, could no longer carry the responsibility for planning, Cora Joan Simmons, daughter of Frederick Barrett Jr., assumed responsibility for organization. She and Elizabeth, daughter of Luther, kept us together for an interim. When Nacie, son of Beatrice, left us, his nephew, Michael Peele, son of Maxton, continued his faithful service to the family, cooking fish and shrimp and etc.

When Cora could no longer serve, Libby Austin Midgett handled the organization, with the help of a daughter-in-law, wife of Theodore Jr.: Beth Midgette. We had our reunion.

In 2016, Hurricane Matthew’s destruction had turned Hatteras Island into a disaster area. Because Ruby Erlene always gave me more credit than I deserved, I began to urge we gather in October, despite the hurricane’s damage, to offer our Hatteras family support by providing diversion. Lauren Hayes, great-granddaughter of Ernest Lee, volunteered to organize and with the help of her Norfolk family, brought a large group of us together.

October 2018 arrived and it was time to organize again. I had initiated plans, contacted some people, but when Andy and I came to Hatteras, he had two houses to check and repair. The telephone did not work; I had no transportation and no plan of action. Depressed and discouraged, I called my niece, Beth Newton Williams. She did not plan to attend. But she answered my call for help. Beth, Bonnie Beck Anderson, her daughter, and Bonnie’s husband Jim came to rescue me. Many helped. The tables looked beautiful. The food was delicious. Though small, our gathering was one of the finest for sociability.

Sharon Peele Kennedy volunteered to cook for the next reunion. My nephew, Jeff Oden, volunteered to fundraise for the family, with his wife Katie’s help. Of course, Covid-19 prevented our gathering in 2020.

On the Facebook page, I asked for votes for a 2022 date. When no one called me, as that date neared, I called Sharon and Jeff and from then I knew it would happen October 22.

Jeff’s wife Katie and Sharon’s niece Michelle prepared for 75 and fed 57. We had a reunion in 2022. Jeff caught the cobia that Sharon baked. Shrimp, ham, cabbage and potatoes. Todd Ballance, son of William and Chris Ballance, provided the clam chowder. We others brought desserts to share.

Clifford Swain came with his wife Billie, his brother Buddy and Buddy’s wife Anne and provided the invocation, prefaced by words like these: “It is all about love. Family! We love one another. We do not always agree. But we always love.”

Relationships alone survive this life. We shared stories and renewed our pledge to family and love. It was a glorious day when the descendants of Wheeler and Mogieannah Oden Austin gathered at the Hatteras Community Building to remember and be thankful for family, October 22, 2022.