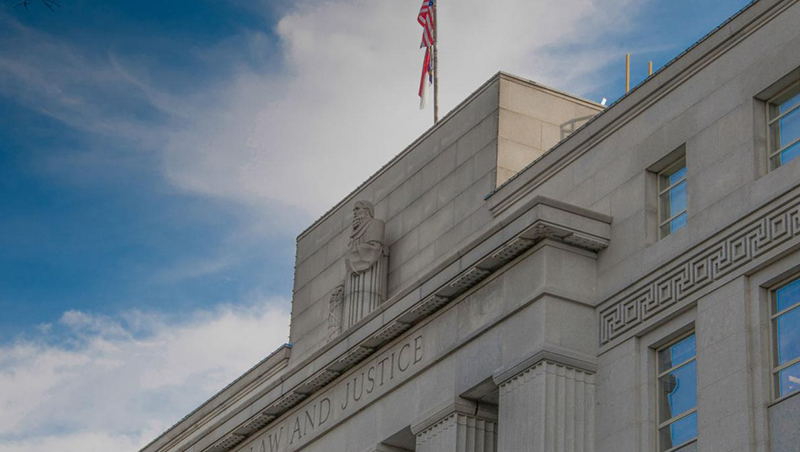 Two Republicans running for seats on the North Carolina Supreme Court beat their Democratic opponents Tuesday, flipping the partisan makeup of the high court in Republicans’ favor for the first time since 2016. Republicans now hold a 5-2 majority on the panel.

Democrats held a slim 4-3 majority on the high court heading into this year. With two Democrat-held seats up for election, Republicans only needed to win one to retake control. The victories will give the party a majority for several years, likely through at least 2028, as the next two seats up for reelection are also held by Democrats.

Democrats have warned that Republican control of the court could push state law to the right on a number of key issues, including abortion access, redistricting and gun control. It may also open the door for Republicans to draw a more politically beneficial congressional map after this election cycle and create a new avenue to weaken Democratic Gov. Roy Cooper’s policy initiatives.

The races were some of the most expensive in state history, with at least $15 million in spending between the two contests. The individual campaigns reported spending $5.5 million combined through Oct. 22. Two super PACs alone spent over $8 million, mainly on television and internet ads centered around abortion.

The judicial elections come in the final months of a tumultuous court term distinguished by several split decisions favoring the Democratic majority. In legal opinions during the past two years, the majority struck down GOP-approved plans for redistricting and set the stage for a constitutional amendment requiring photo identification to vote to be struck down. And just last week, the majority also declared it had been appropriate for a judge to order taxpayer funds be transferred to state agencies for education spending without specific General Assembly action.

These high-profile rulings have drawn criticism from both sides that the judiciary has become too politicized. Thus, all four candidates ran on a similar platform: a vow to keep their personal politics from interfering with their rulings.

“I’m honored and humbled to have been elected to the NC Supreme Court by the people of this great state,” Allen wrote in a tweet Wednesday morning. “Words cannot express my gratitude for the family members, friends and thousands of volunteers whose support and hard work made this outcome possible.”

Democrats have been able to quash many GOP bills in recent years, mainly with the threat or application of Cooper’s veto, which hung in the balance heading into Tuesday.

Republicans gained some ground in the General Assembly, but likely not enough to override the governor’s veto power. Results from Tuesday’s elections show that Republicans were headed toward gaining a veto-proof majority in the state Senate but seem to have fallen short in the House where they needed to gain three additional seats to win a supermajority in the chamber.

Berger said the Supreme Court victories were “a complete repudiation” of what he considers a leftward-leaning court.

The results are evidence that the public “wants to ensure that the rights of people are upheld, that the constitution’s respected and importantly that the balance of power between the executive branch and the legislative branch is kept in the proper place,” Moore told reporters.

Voters in 32 states cast ballots this year in state Supreme Court contests, which became magnets for interest groups nationwide after the U.S. Supreme Court ruled in June to let states decide the legality of abortion.

Abortions are legal in the Tar Heel state until 20 weeks of pregnancy, as of an Aug. 17 federal court ruling, with narrow exceptions for medical emergencies that threaten the life of the pregnant person. North Carolina remains one of the few abortion access points in the southeast as its neighboring states slash abortion protections. Republican legislative leaders have said they plan to consider further abortion restrictions in 2023.