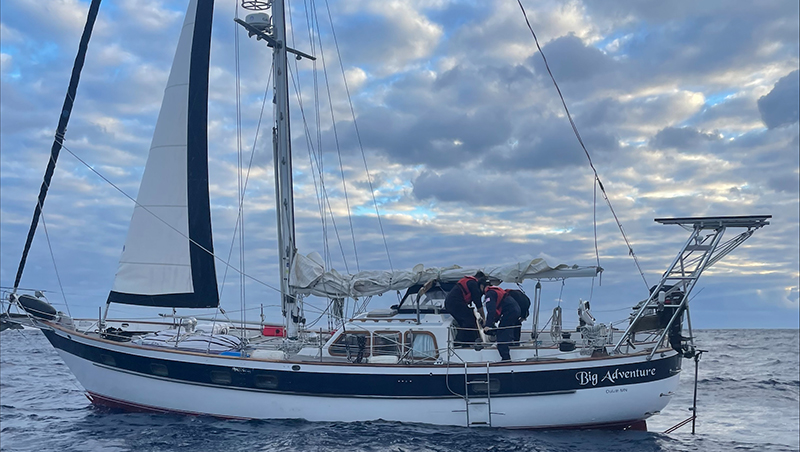 “Watchstanders with Coast Guard Sector North Carolina received notification at approximately 8 a.m. Monday from a good Samaritan that the 46-foot sailing vessel Big Adventure participating in the Salty Dawg Caribbean Rally from Hampton, Virginia to Antigua, had struck an object causing rudder failure,” stated the release. “The shoreside coordinator of the rally was able to establish communications with the vessel via email.

“The District Five command center directed Coast Guard Cutter Lawrence Lawson to the scene where they embarked the two mariners and towed the vessel to Chesapeake Bay where it was transferred to a commercial towboat,” the release continued.

“We encourage all boaters to outfit their vessels with appropriate communications and safety equipment, such as a satellite phone and EPIRB,” said Lt. Sheena Bannon, District Five command duty officer. “When operating more than 20 miles offshore, VHF and cellphone communications become unreliable. Vessels participating in the Salty Dawg Caribbean Rally received a search and rescue briefing from command center personnel prior to their departure, and provided us with emergency contact information, offering many ways to establish communication with the mariners.”

No injuries were reported by the mariners. 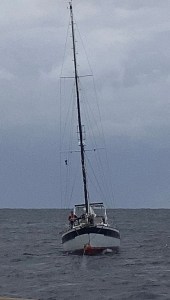