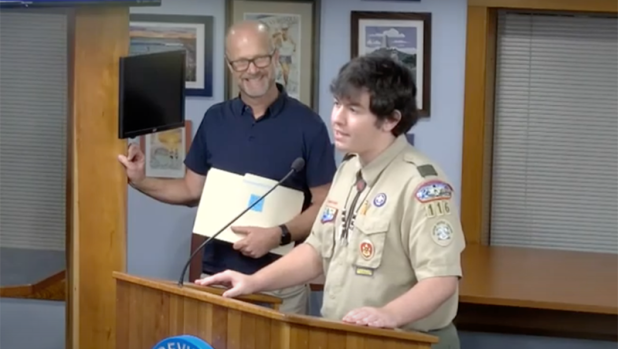 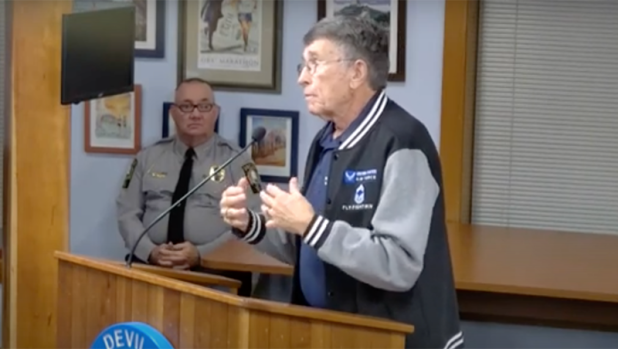 Jack McCombs said that he’s concerned with people who go from using a regular bike to an electric bike with very little training. “They’ve never been taught how to properly ride an e-bike and all of a sudden they jump up to a bike that’ll go 20 to 25 miles an hour. They don’t know any of the safety features of riding fast. They’re using the multi-use paths constantly but they don’t know the etiquette to warn people when you approach them from the rear, and that’s particularly dangerous. My wife and I have walked quite often on the multi-use path on Bay Drive and it really scares the dickens out of you when a e-bike that you don’t hear coming from behind you all of a sudden passes you doing 15 to 25 miles an hour. It’s very, very dangerous,” he said.

Commissioners examined electric bike regulations from the towns of Manteo and Duck to get an idea how other local communities are managing the complexities introduced by e-bikes.

“I’m sure this is a wheel that doesn’t need to be reinvented,” Mayor Ben Sproul said, adding that there are beach towns and even other parts of the state that are currently figuring out these issues.

Commissioners agreed to wait for a few more months to see what ordinances other towns are creating before working to write up new legislation.

Next, David Shepherd from Boy Scout Troop 116 gave a short report on his Eagle Scout project. He constructed and installed three benches at Aviation Park in and around Mary’s Paws Park.

Mayor Sproul, who himself was an Eagle Scout and comes from several generations of Eagle Scouts, presented Shepherd with a certificate of appreciation on behalf of the town.

McCombs again spoke up and shared information on the Air Force Cycling Team Memorial to Memorial bike ride, a four-day ride from Wright Memorial to USAF Memorial in Arlington, Va. About 100 people participated in this inaugural event in September, and McCombs expects that number to grow in future years.

Commissioner Terry Gray then suggested a speed reduction in all the neighborhoods on the west side of town. He said he’s been hearing complaints of excessive speed, particularly on Third Street. Gray asked to put the reduction on the agenda for next month and allow community members to come forward to speak for or against the change.