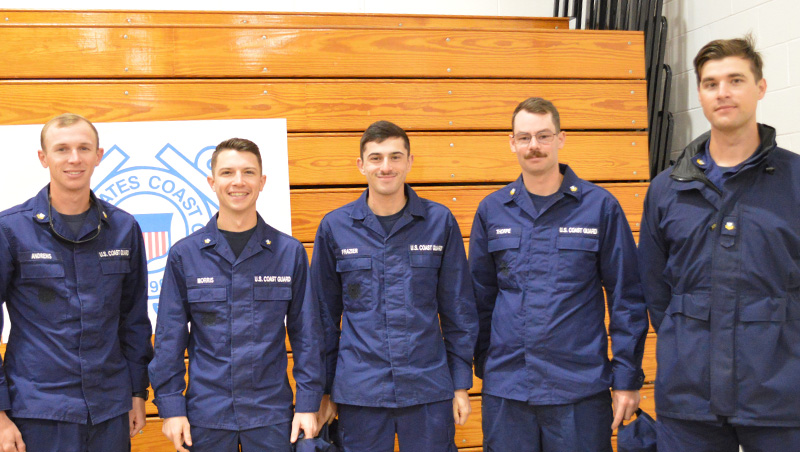 At the beginning of each meeting of the Dare County Waterways Commission, Chairman Steve Coulter calls on the U.S. Coast Guard for a report about buoy placement and updates.

The Coast Guard representative details the monthly results of the Aids to Navigation Team’s work in Hatteras Inlet, such as repositioning buoys 9 and 10 that were blown off station and reporting that buoy 10 is missing. Team members visited the Cape Hatteras Secondary School’s College and Career Fair Nov. 17 and were available to talk about that work.

At the end of the Nov. 14, 2022 Waterways Commission meeting, staffer Barton Grover slipped in a brief announcement: agencies were talking with each other about dredging Avon Harbor and spreading the dredged material over the very vulnerable beach at Haulover between Avon and Buxton.

Avon residents have raised the alarm that the village’s harbor is closing up due to shoaling.

The United States Army Corps of Engineers has received $1.603 million earmarked for dredging Avon Harbor. The funding source is the Infrastructure Investment and Jobs Act of 2022.

This is a project with numerous moving parts and participants, all shared by Grover in a follow-up telephone conversation.

As currently envisioned, the dredging would be undertaken by the Army Corps of Engineers, most likely in a bucket and barge operation. The dredged materials would be placed on land adjacent to Avon Harbor, where the Corps has an easement on both sides of the harbor. The material – estimated to be 17,000 cubic yards – would be trucked to Haulover, dumped on NCDOT right-of-way and shoved toward the Pamlico Sound by the skilled NCDOT big machine operators. Grover said the trucking contract may be issued by the Corps or by Dare County.

NCDOT is now working with the state’s Division of Coastal Management to obtain a permit for the dredging work. Among the items to be detailed are how many and where vibracore samples are to be taken. The samples will be tested for sand/silt content and presence of heavy metals.

In addition to a state permit, the National Park Service will be required to issue a special use permit. A sediment management plan for Cape Hatteras National Seashore is already in place for oceanside beach nourishment.

Seashore superintendent Dave Hallac is very open to the idea of placing the dredge material on national seashore land and beach at Haulover. He has been involved in early planning meetings.

Susan Flythe, general manager and executive vice president of Cape Hatteras Electric Cooperative, pointed out that some power poles are now sitting in sound water all the time.

Hallac called the project a win. The proposal would be a win for NCDOT in protecting NC 12 at a vulnerable location. It will be win for protecting a new water main now under construction along the narrow portion of the national seashore. The project would protect the lines delivering electric power to Buxton, Frisco, Hatteras and Ocracoke Island.

The timeline calls for bid documents to be prepared by April 2023 with project start in late December 2023 or early 2024.