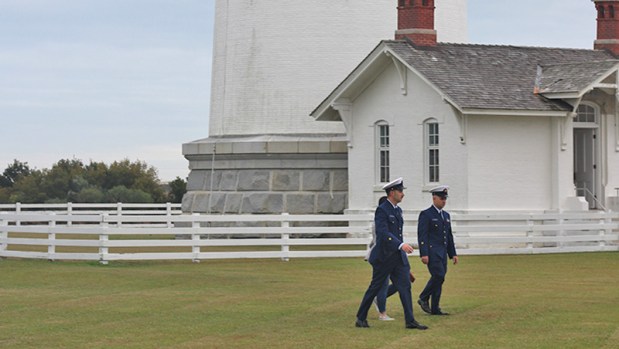 Members of the US Coast Guard attended the ceremony. Summer Stevens photo 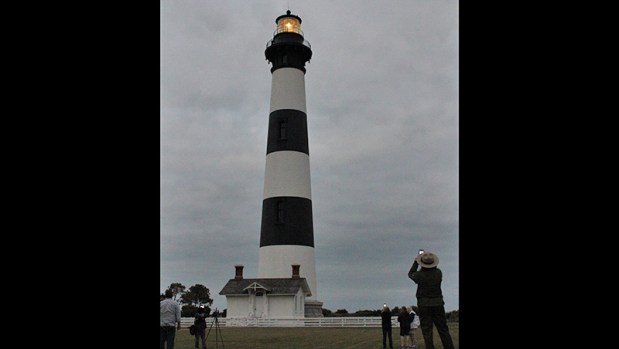 A park ranger snaps a picture of the Bodie Island Lighthouse at the 150th anniversary celebration on November 12. Summer Stevens photo 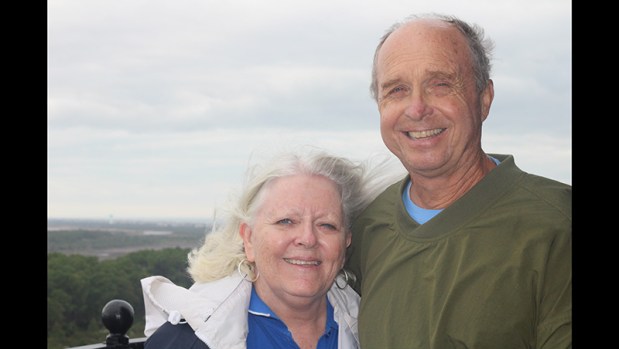 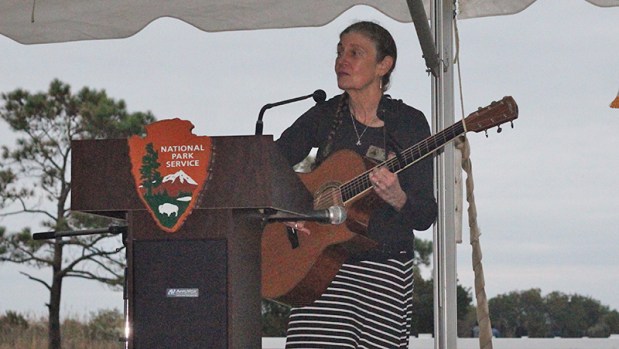 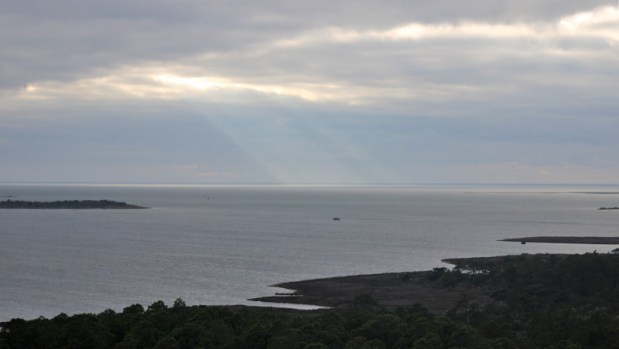 The view from the top of Bodie Island Lighthouse is spectacular in every direction. Summer Stevens photo 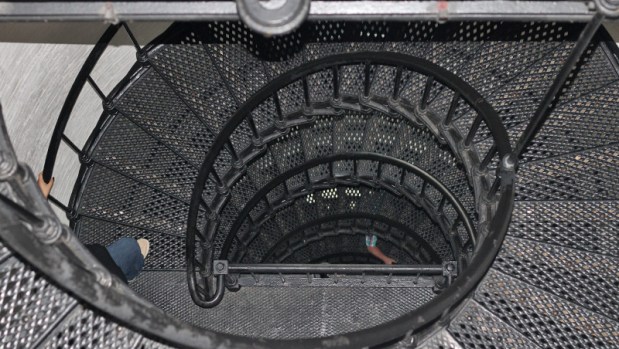 Nine flights of steps take visitors to the top of the observation deck. Summer Stevens photo 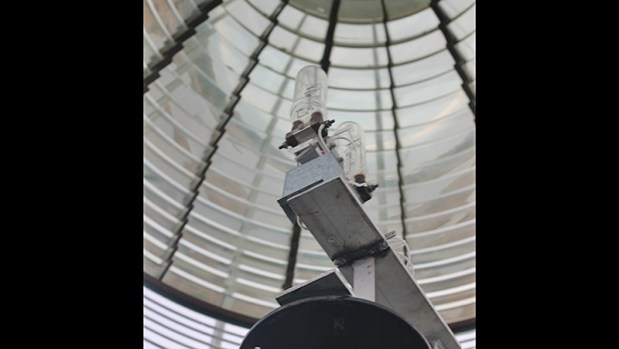 The community gathered at the Bodie Island Light Station in Nags Head recently to celebrate the 150th anniversary of the illumination of the lighthouse. A reception was planned for October but had to be rescheduled because of inclement weather.

The 167-ft lighthouse was open to climbing during the day on Saturday, November 12, followed by a ceremony and reception at 4 p.m. Descendants of the lighthouse keepers were invited to participate in the festivities celebrating the third lighthouse at Bodie Island.

The first lighthouse, built in 1848, was poorly constructed and had to be dismantled. Its replacement stood only two years until the Confederates blew it up in 1861, fearing it would be utilized against them by Union troops.

The third and current Bodie Island Lighthouse was completed in 1872, and was illuminated for sailors on October 1. “What a sight it must have been to the Bankers who lived here, to the birds and wildlife, and especially to the sailors out to sea,” said Outer Banks Lighthouse Society secretary Aida Havel in her welcome. “Imagine being out to sea with nothing to light the darkness but the moon and the stars. Suddenly, a bright and beautiful flash majestically sweeps over the horizon. What a wonderful addition to the dark night sky.”

A large 1000-watt incandescent bulb is used, but it’s the lens that enables illumination so far out to sea. “All those glass prisms are cut and set and they’re focusing all of that light. There’s hardly any wasted light,” said Supervisory Park Ranger of Interpretation Tom Avery. The light comes on automatically from dusk to dawn.

From April through October the lighthouse is open to visitors who wish to climb the 219 steps to the top. There are nine flights of stairs. Originally designed for one person to climb at a time, the steps are sturdy but narrow. Climbers must call out “Clear!” at every landing to alert the next person in line that it is safe to proceed.

The view from the top is well worth the climb. The outside observation deck is breezy and even seems to sway a bit. Nowhere is our little sandbar so clearly seen than from the top of the lighthouse.

The ceremony concluded with a performance by Padgett playing a guitar and singing an original song entitled “Life at the Lighthouse,” inspired by her first mesmerizing experience atop the Bodie Island Lighthouse. “It was the most magical moment I have ever experienced,” she recalled.

“Where the moon rises from the sea; It’s such a mystery. Beyond the breakers how could there be life outside of this lighthouse?” Padgett sang in the chorus of the song.

After the ceremony, visitors stood up and gathered on the lawn, eyes upward toward the black and white beacon, waiting for the light to shine in the growing darkness. People took photos and admired the faithful lighthouse and the many people and organizations that have invested time and care to keep that light shining for years to come.