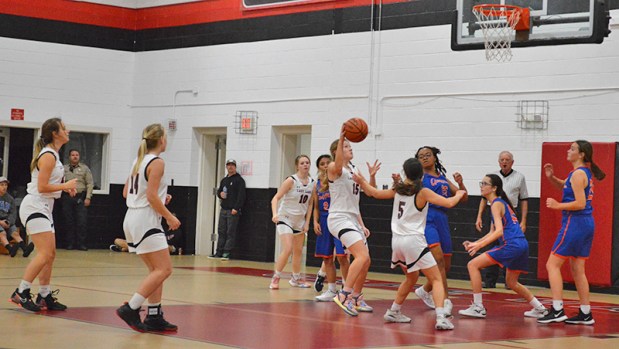 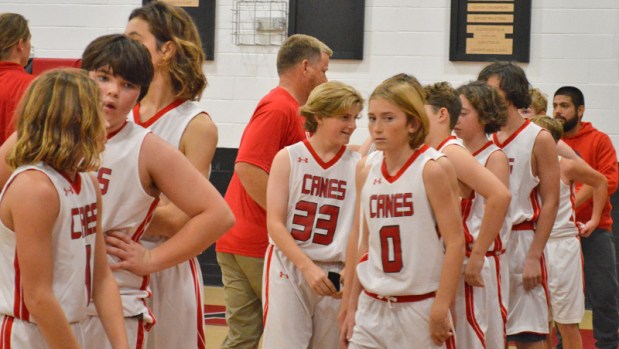 Cape Hatteras triumphed in three of the four match-ups.

Leading all scorers was Northeast’s Gavin Farley with 19 points including a quartet of threes in the second half. For Cape Hatteras, Dylan Waters led scorers with 12.

At the half, Cape Hatteras led 24 to 8. In the third quarter, Farley slipped in a trio of threes to propel Northeast’s point production. Both teams scored in single digits in the fourth quarter.

The game’s high scorer was Elizabeth Fairbanks, a tall sophomore center for Cape Hatteras. In the third quarter, Fairbanks scored 10 under-the-basket points with a combination of layups and put-backs. All 14 Cape Hatteras players scored during the game.

In the first two games of the evening, the two middle school teams clashed.

In the fourth quarter, Northeast poured in 12 points and Cape Hatteras 10 for the winning 45-38 score. High scorer for the game was Northeast’s Amari King with 28 points.