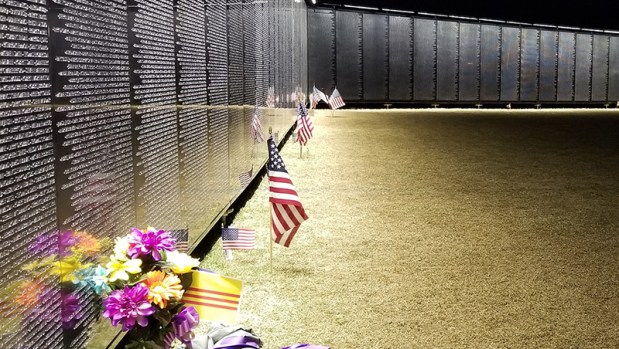 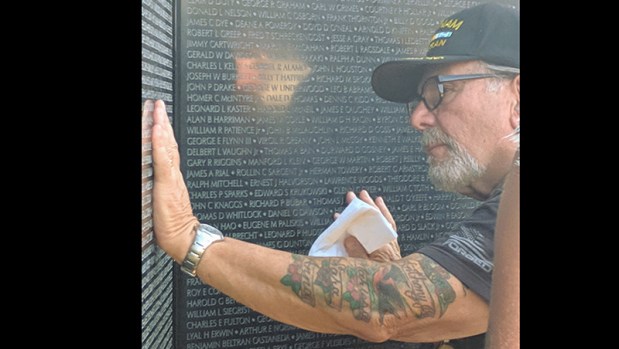 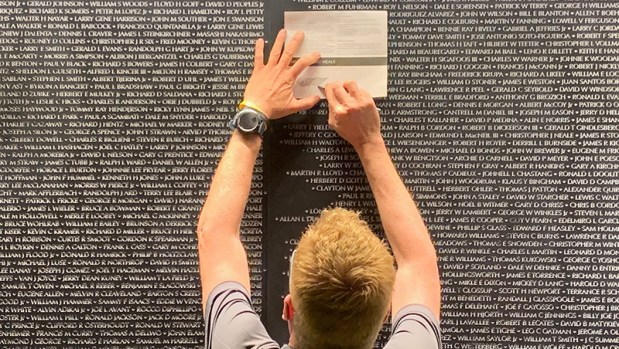 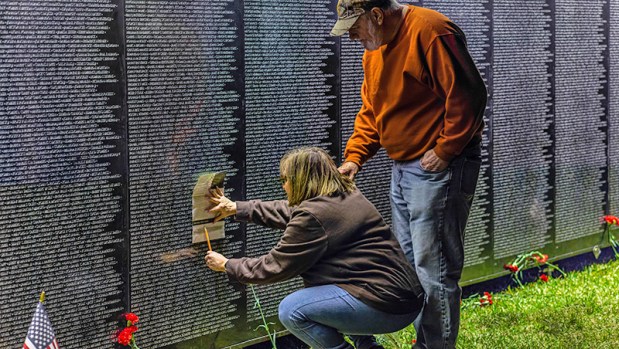 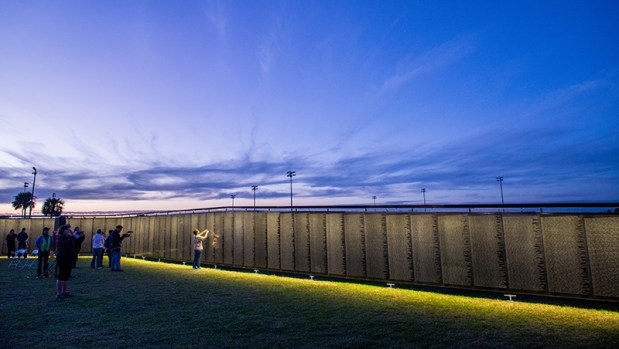 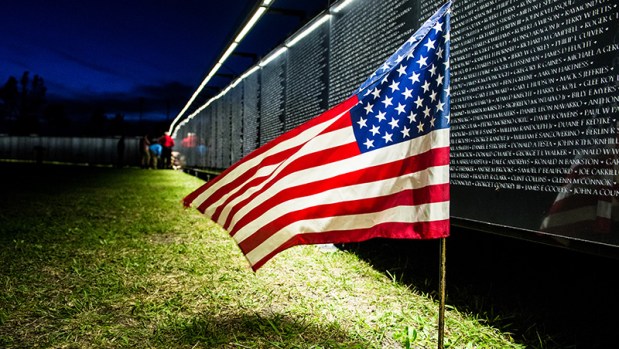 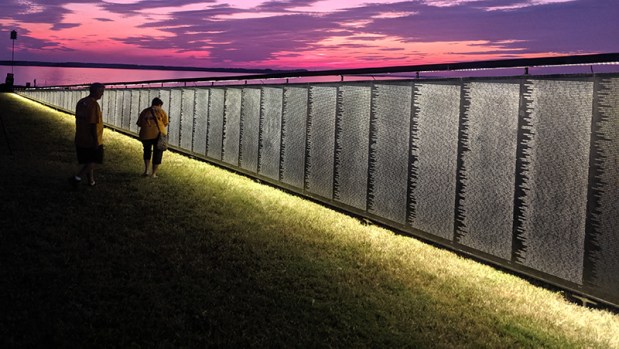 As the nation begins the yearlong recognition of the 50th anniversary of the close of the Vietnam War, the Vietnam Veterans Memorial Fund (VVMF) has announced The Wall That Heals national tour schedule for 2023. The Wall That Heals exhibit includes a three-quarter scale replica of the Vietnam Veterans Memorial along with a mobile Education Center. Nags Head has been named as one of the tour stops for 2023.

The 28th season of The Wall That Heals will begin on March 16th, 2023, in San Luis Obispo, California and visit 31 communities during the year. The traveling exhibit honors the more than three million Americans who served in the U.S. Armed Forces in the Vietnam War and it bears the names of the 58,281 men and women who made the ultimate sacrifice in Vietnam.

“March 29th of 2023 marks the 50th anniversary of the removal of our combat troops from Vietnam. This milestone, and the 50 years since the end of the Vietnam War are prominent in the collective memory of our nation and our Vietnam veterans. We look forward to providing our host communities a healing experience for local veterans and their families and an educational experience for all visitors,” said Jim Knotts, president and CEO of VVMF. “Our ability to bring this exhibit throughout the nation to honor and remember all those who served in the Vietnam War is always important, but even more on these milestone anniversaries. Even fifty years later, this generation must never forget how much we appreciate their service today.”

More than 100 communities sought the opportunity to host The Wall That Heals in 2023. Many included proposals to recognize the 50th anniversary of the close of combat operations.

“I am honored to have been able to help the Dare County Veterans Advisory Council bring The Wall That Heals to Dare County for our Veterans,” stated Patricia O’Sullivan, Dare County veteran service officer. “I am pleased to be a part of an event that will honor and remember all those who served and sacrificed their lives in the Vietnam War and for those who suffered the effects of exposure to Agent Orange after they returned home.”

The Wall That Heals is sponsored by USAA. Through a partnership with the Truckload Carriers Association (TCA), the trucking industry and Blue Beacon, the exhibit is able to travel across the country. Hosts in each community provide for the location, volunteers and preparations necessary to replicate the experience a visitor would have at the Vietnam Veterans Memorial in Washington, D.C.

Since its debut in 1996, the exhibit has been on display in more than 700 U.S. communities in addition to an April 1999 tour of the Four Provinces of Ireland and a visit to Canada in 2005. The Wall That Heals is a program of VVMF, the nonprofit organization that built the Vietnam Veterans Memorial in Washington, D.C. in 1982. The Wall That Heals is the only traveling exhibit affiliated with The Wall in Washington, D.C. and includes the largest Wall replica that travels the country. Two VVMF staff members lead volunteers on site, educate visitors and students and ensure the reflective atmosphere of The Wall. More information can be found at thewallthatheals.org.

About The Wall replica

The three-quarter scale Wall replica is 375 feet in length and stands 7.5 feet high at its tallest point. With the replica at this size, visitors are able to experience The Wall rising above them as they walk towards the apex, a key feature of the design of The Wall in D.C.

Like the original Memorial, The Wall That Heals is erected in a chevron-shape and visitors are able to do name rubbings of individual service members’ names on The Wall. The names are listed in order of date of casualty and alphabetically on each day. Beginning at the center/apex, the names start on the East Wall (right-hand side) working their way out to the end of that wing, picking up again at the far end of the West Wall (left-hand side) and working their way back in to the center/apex. The first and last casualties are side by side at the apex of the Memorial.

The replica is constructed of Avonite, a synthetic granite, and its 144 individual panels are supported by an aluminum frame. Modern LED lighting from the top of The Wall provides readability of The Wall at night.

About the mobile Education Center

The Wall That Heals is transported from community to community in a 53-foot trailer.  When parked, the trailer opens with exhibits built into its sides, allowing it to serve as a mobile Education Center telling the story of the Vietnam War, The Wall and the divisive era in American history.

The mobile Education Center exhibit includes: digital photo displays of “Hometown Heroes” – service members whose names are on The Wall that list their home of record within the area of a visit; digital photo displays of Vietnam veterans from the local area honored through VVMF’s In Memory program which honors veterans who returned home from Vietnam and later died; video displays that teach about the history and impact of The Wall; educational exhibits told through items representative of those left at The Wall in D.C.; a replica of the In Memory plaque; a map of Vietnam and a chronological overview of the Vietnam War. The exhibits tell the story of the Vietnam War, The Wall and the era surrounding the conflict and are designed to put American experiences in Vietnam in a historical and cultural context.

The Vietnam Veterans Memorial Fund (VVMF) is the nonprofit organization that built the Vietnam Veterans Memorial (The Wall) in Washington, D.C. in 1982. VVMF continues to lead the way in paying tribute to our nation’s Vietnam veterans and their families. VVMF’s mission is to honor and preserve the legacy of service in America and educate all generations about the impact of the Vietnam War and era through programs, ceremonies and education materials. To learn more about VVMF, visit vvmf.org or call 202-393-0090.