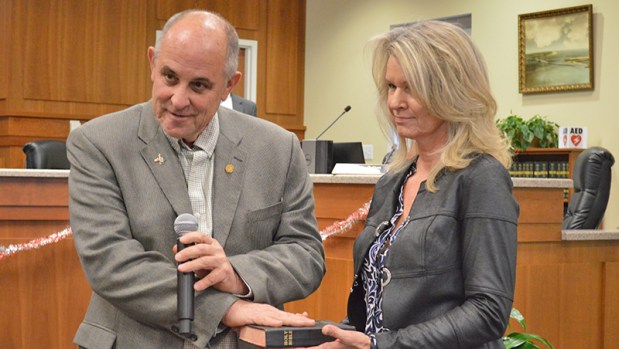 Commissioner James P. “Jim” Tobin is sworn in. His wife Tammy Tobin holds the Bible while the commissioner recited the oath. Tobin, a Republican, won his second full term on the board in the Nov. 8, 2022 General Election. M.H. Goodloe-Murphy 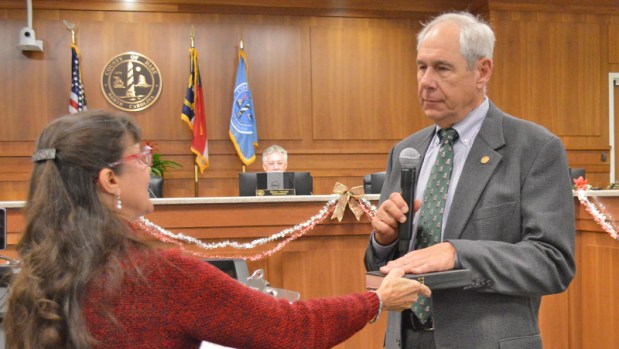 Rob Ross, a Republican, is sworn in as commissioner for his second full four-year term. Ross first took the oath of office Jan. 27, 2017. M.H. Goodloe-Murphy 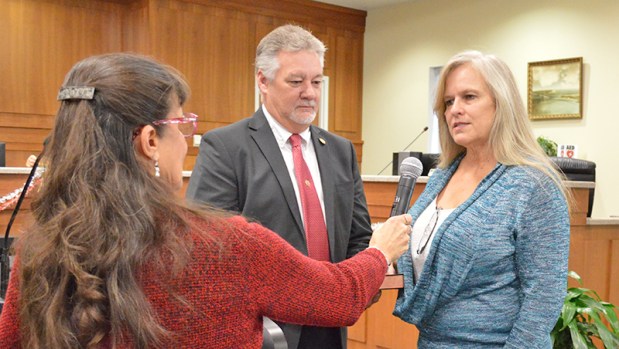 Re-elected as register of deeds is Cheryl House, right, who takes the oath of office administered by Cheryl Anby, clerk to the Board of Commissioners. House’s husband, county commissioner Steve House, holds the Bible. M.H. Goodloe-Murphy

Two newly re-elected Dare County commissioners were sworn in for new four-year terms on Dec. 5, 2022. Joining the occasion was the re-elected register of deeds.

Conducting the ceremony was Cheryl Anby, clerk to the Dare County Board of Commissioners.

Commissioner James P. “Jim” Tobin was sworn in first. His wife Tammy Tobin held the Bible while the commissioner recited the oath. Tobin, a Republican, won his second full term on the board in the Nov.  8, 2022 General Election. He was first sworn in as commissioner May 1, 2017 to replace Margarette Umphlett, who resigned for personal reasons.

Rob Ross, a Republican, was sworn in as commissioner for his second full four-year term. He was appointed to the board to replace commissioner Beverly Boswell, who was elected to the North Carolina House of Representatives. Ross first took the oath of office Jan. 27, 2017.

Commissioner Ervin Bateman had an excused absence, announced Board of Commissioners Chairman Robert L. Woodard. Bateman, who was out-of-town, will be sworn in at a later date.

At the first meeting in December following a General Election, the Board of Commissioners is organized. Re-elected as chairman was Woodard, who was nominated by Ross with a second from Tobin. Re-elected as vice chairman was Wally Overman, who was nominated by commissioner House with a second from Ross. Both votes were unanimous.

As is traditional, this December meeting started with a quartet from the Manteo High School Chorus. The four singers sang three seasonal selections.