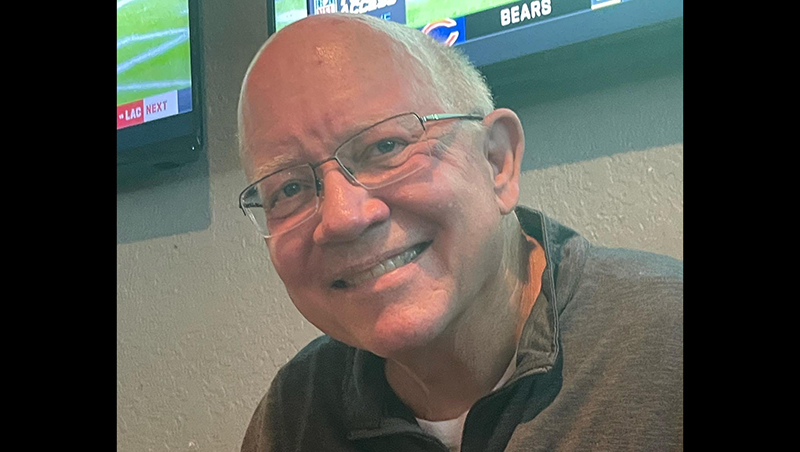 Nags Head, NC – LTC Harry Charles Thornsvard Jr., USA, Retired has taken his last trip around the sun. His journey ended peacefully on December 5, 2022 surrounded by his family and friends after a 12 year battle with cancer.  Harry’s love of his family was infectious and filled with humor. He will be missed by his wife, Cindy Jones Thornsvard; his children, Heather and Brandon (Melissa); and Cindy’s children, Shannon (Billy) and Blaire (Michael). He loved unconditionally and was proud of his five grandchildren Chloe, Hannah, Grace, Carter and Vann; brother, Charles (Barbara) and his nieces Kristen, Katie and Karen. He was preceded in death by his parents, LTC Harry Charles and Thelma Thornsvard.

Harry was born in Fort Lee, Virginia on November 7, 1952. As a member of the military community since birth, it was only fitting that he’d become an active-duty soldier in the United States Army. Harry graduated in 1971 from Colonial Heights High School in Virginia. While in school, he played baseball for American Legion Post 284.  Upon graduation, he attended and received his bachelor’s degree from the University of Virginia. He then joined the United States Army serving and leading the military in many assignments including Battalion Commander of the 26th Forward Support Battalion at Vilseck, Germany and as the Director of Logistics Training Division under three Quartermaster Generals at Fort Lee, Virginia. During his service in the military, he attended and received his master’s degree from the University of Texas. Harry had the utmost respect for his soldiers and retired after 22 years of loyal service to his country.

Retirement from the Army did not complete his career. Harry held the position of President & CEO at PPC, GAITS, and RDR, Inc. He also served as COO at TranTech, Inc. and PTG, Inc. and was a Senior Vice President at CACI International, Inc. Harry ended his career as a Partner at Deep Water Point Consulting, LLC.

Working up to the time of his death, his family life was rich and fulfilling. He and Cindy traveled widely and enjoyed many concerts listening to the music they loved, relaxing on their favorite islands, wine tastings in California, entertaining family and friends in their beloved home, and spending summers at Bladen Street beach access. Two weeks before his peaceful passing he enjoyed his favorite holiday with family and friends and delivered his traditional tearjerker Thanksgiving toast with a prayer to care for and to thank the Armed Forces of the United States and for each of us to “Be Kind” to each other.

Family and friends are left behind to tell stories, laugh with tears and sniff his scotch. Love never dies.