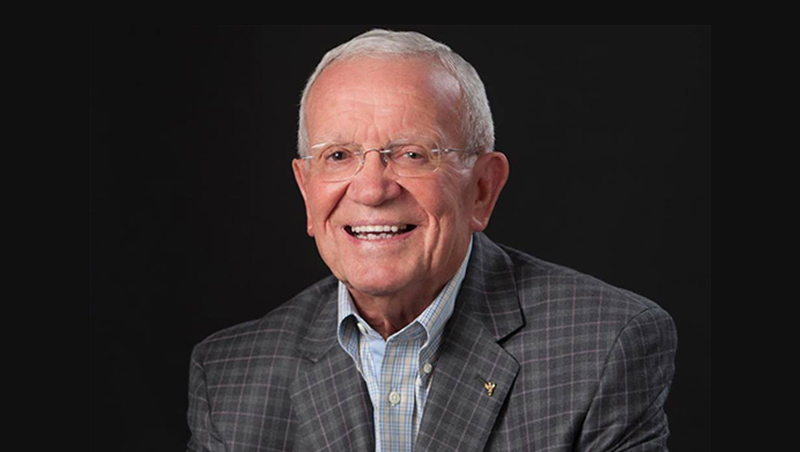 Manteo wouldn’t quite be the same if it wasn’t for Robert Valentine Owens Jr., who many have come to know and love as “Bobby.” The mayor of Manteo has worn a multitude of hats over the years, but this December 21 he will have one very special piece of headgear as he celebrates his 90th birthday.

Bobby Owens has intertwined himself into Dare County, and especially the town of Manteo, much like the Mother Vine has rooted itself on Roanoke Island – both of which will go down in history. A politician through and through, Owens has served Dare County well – his impressive 21-year run as county commissioner and 13 years spent as county chairman have propelled the Outer Banks community forward, with progressivism always at the forefront of the politician’s mind and heart.

The three-time recipient of the Order of the Long Leaf Pine Award graduated from Manteo High School and attended East Carolina University before serving with the coast guard during the Korean War. Upon returning to Manteo, Owens began working in the family restaurant over on the beach and from that point forward, he has loved calling the Outer Banks his home. “I wouldn’t even think about living nowhere else.”

Owens recalled the “good old days,” when every street in Manteo was dirt-covered and kerosene lamps lit the way. When his family moved to the island they started a hot dog stand, setting up shop downtown. Restrooms were simply sheds out on the bay back then. “They were fun days, memorable days,” he smiled, “but I like movement, going ahead. Not aggressively bad, but nice – what looks good and feels good and for the people. That’s what I want. I’ve always lived my life like that.”

Sporting an impressive resume, Owens has always had a hand in politics while leading a private personal life. His late wife, Sarah Owens, and son, R.V. Owens III, have aided in keeping the family business alive and flourishing over the years while supporting the passion and drive the mayor has for his community.

While acknowledging his well-known accolades, Owens humbly noted his large involvement with the establishment and expansion of the College of The Albemarle (COA). “We had to have a system down here for our kids,” Owens stated in regard to COA when it was solely based in Elizabeth City. “I went to the president at Elizabeth City and asked what we could do.” The issue was soon to be addressed.

Philip S. McMullan Jr., in his book College of The Albemarle: 50 Years of Service, included a quote from former COA President Dr. Parker Chesson Jr. regarding Owens’ involvement: “So I started working closely with the Dare County Board of Commissioners. I met with them in October 1983 to discuss the need for expanded offerings in Dare County. At that time Bobby Owens was chairman … Bobby was very supportive.” The quote continues, “We needed a facility, and they agreed to try and locate a building. About a month later, Bobby called and asked me to meet him for lunch. He said, ‘I have located a skating rink that has gone out of business.’ … I will never forget the day we went into it. He tried to turn on the lights. The only thing he could get to turn on was the disco light in the center of the skating rink.”

“I’m proud of that,” Owens said while thinking of how far the college in Dare County has come since the 1980s. He has since stayed involved with the development, even up until its “rebirth” in Manteo just this year, with brand new facilities and revitalized programs.

Another noteworthy effort on Owens’ behalf is the incorporation of a reverse osmosis system in Dare County. “The water got so bad when I was chairman that we couldn’t drink it,” he shared. “I said we have to do something.”

With his board’s backing, Bobby went down to Florida to see just how a reverse osmosis system functions and how a town that was experiencing the same problems Dare was could bounce back. Pioneering the efforts to bring such a system to the beach, Owens helped to hire the man who implemented the system in Florida and bring him to the county to oversee operations. Robert “Bob” Oreskovich built the reverse osmosis system that is now in place, and ended up living and retiring on the Outer Banks. “Now we have some of the best water in North Carolina,” Owens smiled.

It’s hard to argue that Bobby Owens hasn’t left a mark on the Dare County community. He shared what he has held close to his heart for all these years: “I believe in everybody and everything, I’ve had a wonderful life and I don’t regret any of it. I don’t know nobody I hate. I really don’t.” And when it comes to his wishes for his 90th year on planet earth, he shared: “Stability for this country. And peace.”