Eastern North Carolina man wins big on scratch-off ticket purchased on grocery run: ‘I was so excited I didn’t even get my sides’ 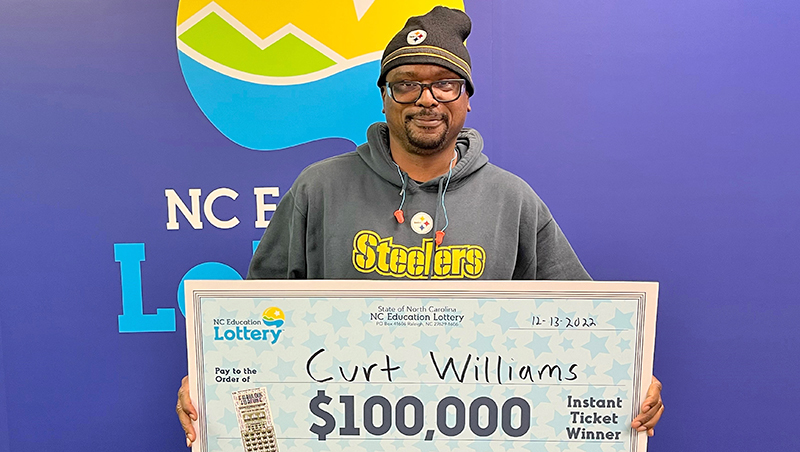 The North Carolina Education Lottery has reported that a Craven County man snagged a six-figure win on a scratch-off ticket.

At halftime of the Pittsburgh Steelers game on Sunday, December 11, Lyncurgus Williams of New Bern decided he needed some sides for a game day meal, so he went to a grocery store to pick up the food. While there, he bought a scratch-off ticket and scored a $100,000 lottery prize.

“I scratched it off right in the store,” Williams said. “I was ecstatic.”

Williams said he only stopped at the Harris Teeter on MLK Boulevard in New Bern to pick up sides. Then he noticed only one $30 Fabulous Fortune ticket for sale so he bought it.

“I was so excited I didn’t even get my sides,” he laughed.

“Now I can remodel my house,” he said. “I’ve been wanting to do that for a very long time.”

For details on how money raised by the lottery made an impact across the state last year, visit www.nclottery.com and click on the “Impact” section.