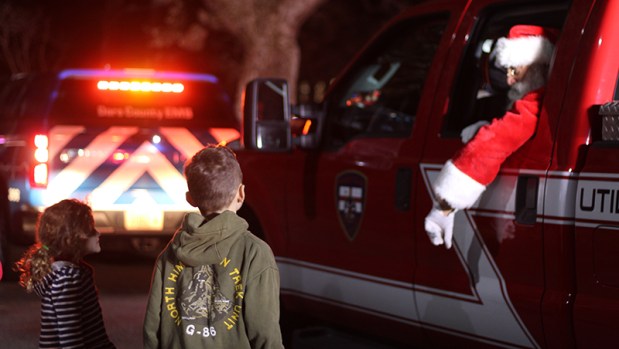 Children stop to see Santa during Manteo’s ‘Santa Ride,’ an event started during COVID-19, but continued because of its popularity among residents. Summer Stevens photo 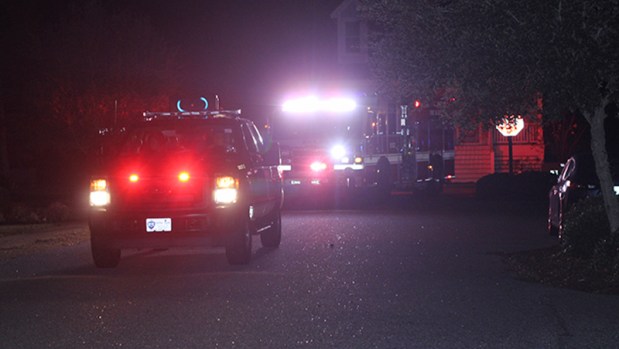 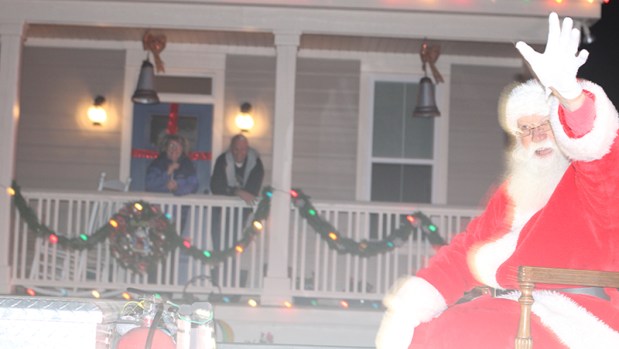 Even adults stepped outside to greet Santa as he passed by. Summer Stevens photo 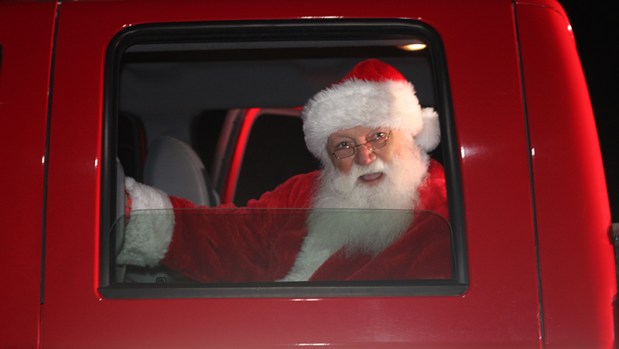 Santa rides inside the pick-up truck along the highway portions of the route. Summer Stevens photo 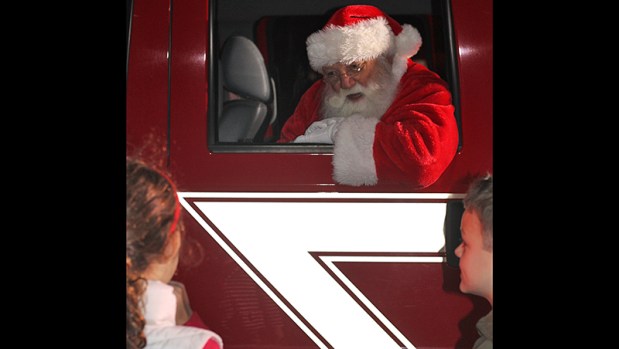 Santa greets waiting children and asks them what is on their Christmas wish list. Summer Stevens photo 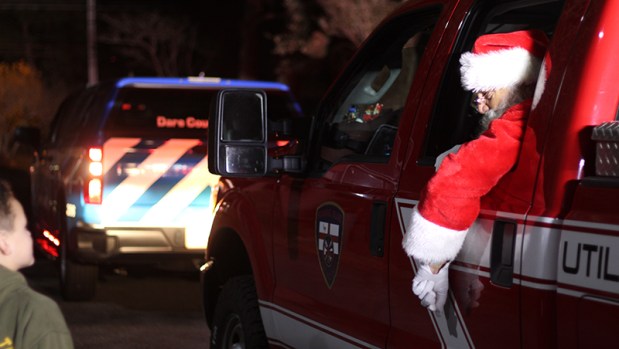 Santa greets waiting children and asks them what is on their Christmas wish list. Summer Stevens photo

Santa took a stroll around the Town of Manteo on Friday, December 9 with the Roanoke Island Fire Department, Police and EMS to greet children and spread holiday cheer.

The route this year was just under two hours. Beginning at the Roanoke Island Volunteer Fire Department on a chair secured to the back of a pick-up truck, Santa traveled throughout neighborhoods east and west of Highway 64, along the highway and down to Pirate’s Cove. Many children (and adults!) were waiting at specific points to take pictures and wave to Santa Claus. If traffic allowed, he stopped to talk with children and ask them what they would like for Christmas.

“The event was initially created during COVID as a way for Santa to visit with the community when we weren’t able to hold our traditional events like the Christmas tree lighting and Christmas parade,” said Town of Manteo program planner Michele Bunce.

This is the third year of the Santa Ride, and it is adding to the growing list of popular Manteo Christmas traditions.

Bunce said the Santa Ride went well this year. The highlight “this year and every year,” she said, was “the opportunity to work together with the outstanding volunteers who serve our community in the Roanoke Island Volunteer Fire Department on an event that helps to spread holiday cheer to our community and its families.”