YMCA camp kids give back during the holidays 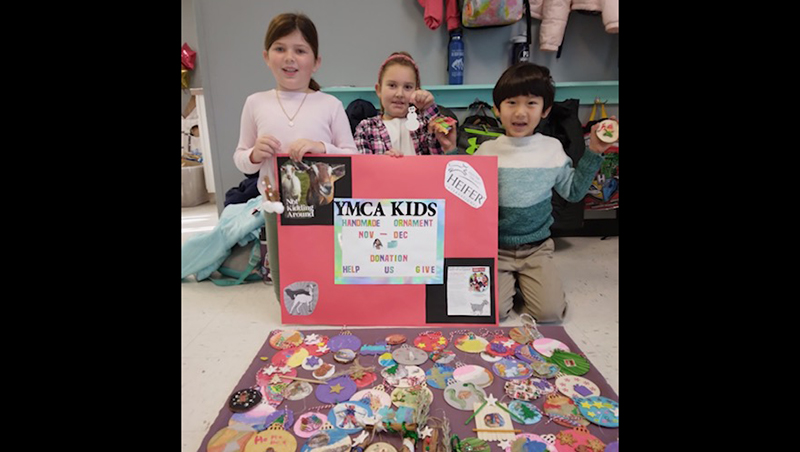 For some kids, winter break is a time to catch up on their screen time, but not for the kids attending the Outer Banks Family YMCA School’s Out Winter Break Camp. These children have been hard at work this week making ornaments as part of a service project to raise money to buy a goat.

No, the Y isn’t planning to host goat yoga classes in the New Year, this dedicated group of youngsters is donating a goat to provide for a family through Heifer International.

Heifer International works to end hunger and poverty in the communities they serve. The Y campers have been learning everything a goat can do for a village and about Ecuador, where their goat will live. As a special bonus, Heifer International has an anonymous donor matching their donation dollars, allowing them to donate an alpaca, too.

The goal is to raise $120 for this project. Sam Wills, senior program director for the Outer Banks YMCA, says, “We are so proud of them! And even better, they’re proud of themselves.”

To support the efforts of these philanthropic campers, stop by the Outer Banks Family Y at 3000 South Croatan Highway in Nags Head or email Wills at swills@ymcashr.org.

“Did you know that goats discovered coffee beans? And for that, we are eternally grateful,” noted a YMCA press release. Learn more about the YMCA of South Hampton Roads at ymcashr.org.