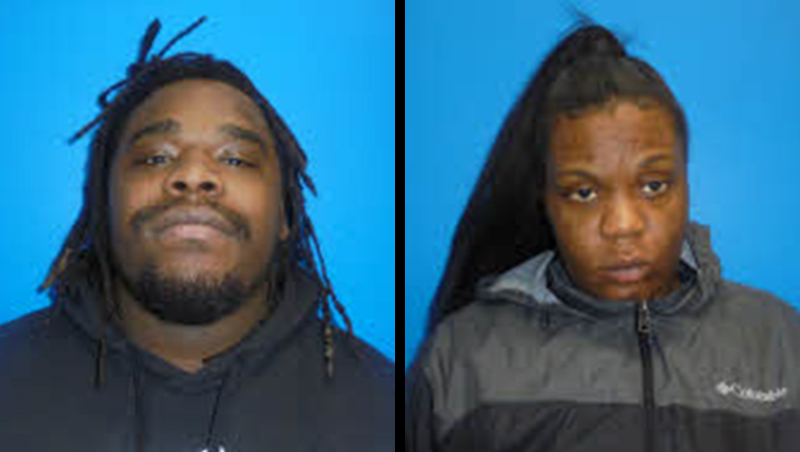 On Tuesday, Dec. 20, 2022, a multi-agency checking station was set up on U.S. 64 on the Tyrrell County side of the Alligator River Bridge.

During the time that the checking station was in operation, the Manteo Police Department reported that three individuals stole items from a pharmacy on the beach and a Manteo business.

Manteo police broadcast “be on the lookout” for a U-Haul pick-up truck along the descriptions of the suspects.

Officers were ready when the suspect vehicle stopped at the checking station.

The truck was pulled off the road into the Alligator River Marina parking lot.

Manteo police wrote citations for misdemeanor larceny and revoked driver’s license and released those charged. While Manteo officers wrote the citations, it was discovered that the suspects stole items from a business in Plymouth earlier in the day.

All suspects had suspended driver’s licenses. The trio were told not to drive and to have someone from Durham come and pick them up. Nevertheless, the trio left the marina driving west.

Plymouth Police Department was alerted and were ready.

Two people were charged and arrested by Plymouth police.

Ryane Saneece Turner, 28, of Raleigh, was arrested around 11:30 p.m. on Dec. 20, 2022. She was charged with misdemeanor expired registration and driving while license revoked not impaired. She was also charged with possession of marijuana up to ½ ounce and misdemeanor possession of drug paraphernalia with bond set at $1,500 secured. She was bonded out Dec. 21, 2022 at 2:10 a.m.

Donovan Montreal Riley, 25, of Durham, was arrested about 11 p.m. on Dec. 20, 2022. He was charged with felony larceny and later released around 2:10 a.m. on Dec. 21, 2022. According to the court calendar listing by the North Carolina Judicial Branch, Riley has nine court dates in January and one in February already scheduled. Turner has six court dates plus the one in Dare County.