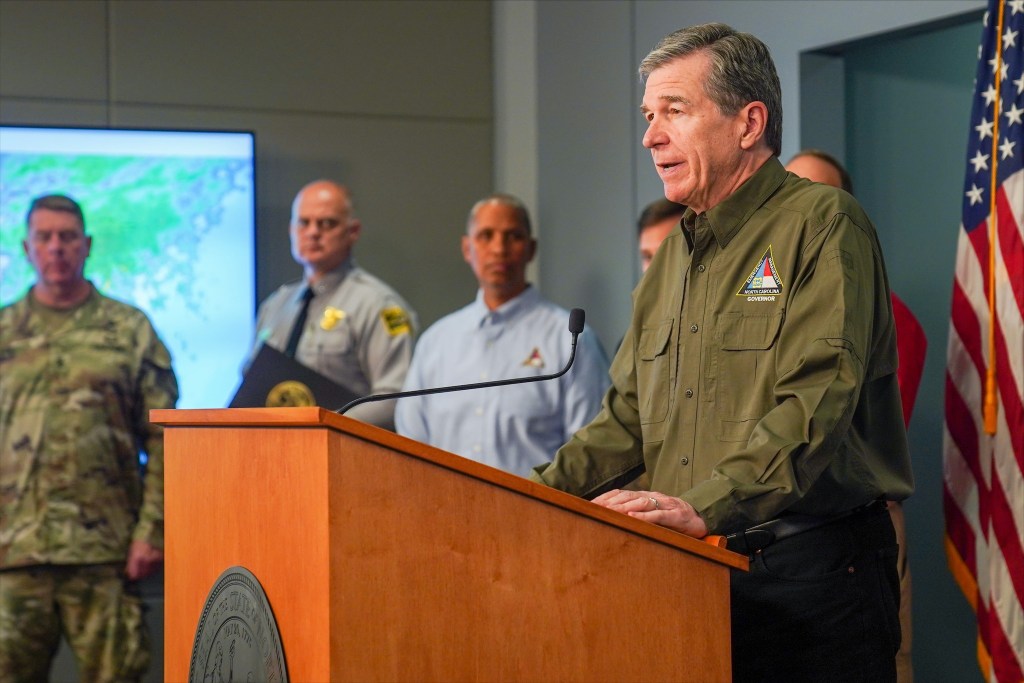 The new year will place new hurdles in the path of North Carolina’s current and future governors before states of emergency they issue can extend into months or even years, as happened during the COVID-19 pandemic.

A provision in the 2021 state budget law that takes effect Sunday requires governors to gain formal support from other elected officials for their short-term emergency declarations to last beyond 30 days.

It’s among a dozen state laws taking effect in part or in full as 2023 begins. The laws include an income tax cut, the creation of a new Department of Adult Correction and new directives to prevent the sale of stolen goods on online marketplaces.

The changes to emergencies are a response by Republican politicians and their allies to Democratic Gov. Roy Cooper’s authority to issue a coronavirus declaration in March 2020 and to extend it unilaterally on his own. Those orders served as the basis for governments to restrict retail business activity and public events, and to direct social distancing. Cooper ultimately ended the COVID-19 emergency declaration in August — 29 months later.

Cooper had vetoed stand-alone bills limiting his declaration powers, but he ultimately ceded some of his authority when he agreed to sign the massive 2021 state government budget law that included similar language.

The new law says a governor now must receive formal support from a majority of the Council of State — composed of the lieutenant governor, attorney general and several other statewide elected executive positions — to extend the declaration beyond 30 days or it expires. The General Assembly would have to pass a law for the declaration to go beyond 60 days.

Most income earners will see the latest lower rate reflected in how much tax is removed from their paychecks in 2023 and when they file their tax returns in early 2024. The budget law also directs and simplifies the business franchise tax in a way that should reduce the tax amount for North Carolina-based businesses.

One tax that most motorists pay — on gasoline — will go up automatically starting Sunday from 38.5 cents per gallon to 40.5 cents. State law adjusts automatically the motor fuels tax annually based on changes in state population and broad energy costs.

A couple of new laws have laid out the plan for government officials to move the state’s prison and probation systems out from under the Department of Public Safety to the Cabinet-level adult correction agency. A similar stand-alone correction department was operating barely a decade ago before it was merged into the public safety department. Cooper has already picked previous state prisons commissioner Todd Ishee to become the new adult correction secretary.

And another new law is designed to counter organized theft at retail stores by discouraging the sale of those stolen items by third parties on websites such as Amazon or Facebook.

Provisions that took effect in December increased penalties for large-scale thefts. Starting in 2023, “high-volume” third-party sellers must provide certain contact and identifying information to a marketplace that they are using. The marketplace also must suspend sales when such a seller refuses to provide information or gives false information.