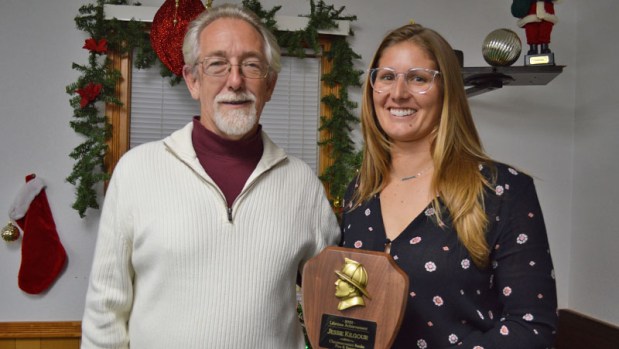 Jessie Killgore, right, is presented the 2022 Lifetime Achievement Award for Chicamacomico Banks Fire and Rescue Department by Fire Chief Mike Daugherty. Kilgore has served 14 years with the department that protects from Oregon Inlet to Ramp 30. She is frequently first on the scene. Mary Helen Goodloe-Murphy photo 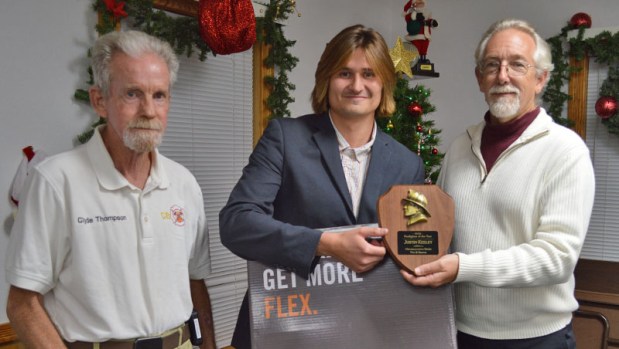 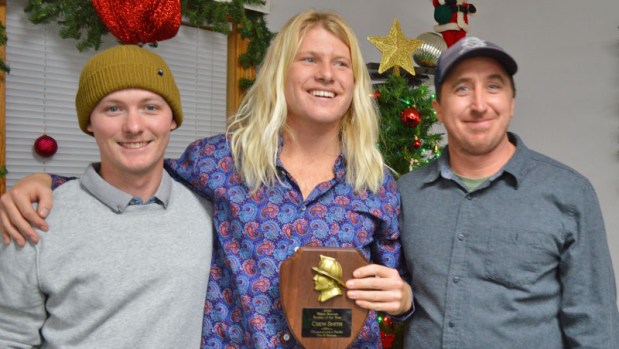 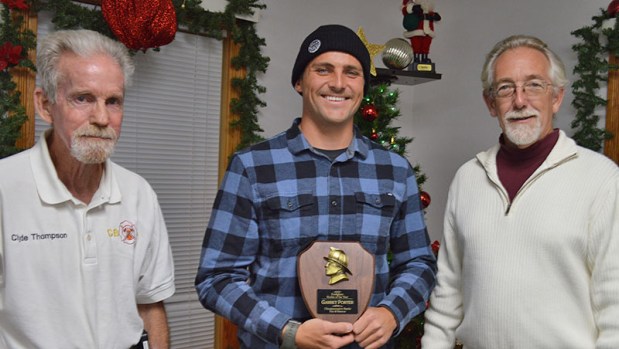 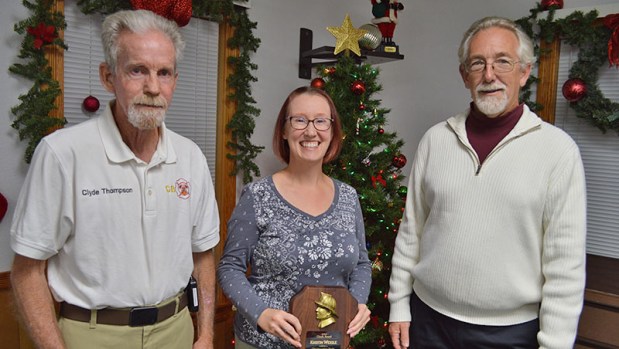 This New Year’s Day and every day men and women are ready to respond to emergencies.

Firefighting on Hatteras Island and throughout small villages in northeastern North Carolina is accomplished by volunteers.

In some departments, annual, end-of-the-year dinners and award presentations are held at fire stations or restaurants or community buildings.

This December, the Chicamacomico Banks Volunteer Fire and Rescue Department firefighters and water rescue lifeguards gathered at the Salvo Fire Hall for a delicious dinner prepared and delivered by Boardwok South restaurant in Salvo.

The comradery of these responders is unmistakable. “You all are my family,” said one. Leaders are well regarded and respected.

Chicamacomico Banks Fire and Rescue Department is unique on Hatteras Island. The men and women gathered Dec. 10 deliver firefighting and rescue services on roads and from May to mid-October on about 27 miles of ocean and sound waters.

Those who are members of the Water Rescue team must be comfortable in challenging surf conditions. On Hatteras Island beaches, no red flags warn beach goers of dangerous surf. Patrolling water rescuers are the ones bringing messages about beach safety.

“We all make a difference,” said Chicamacomico Banks Fire Chief Mike Daugherty. These firefighters and beach rescuers routinely run with the Rodanthe-stationed Emergency Medical Services team. Said one person receiving help, “it felt so good to see a face that I know.”

This year, firefighters responded to 400 calls.

In 2022, water rescuers pulled 200 people from ocean waters and responded to 104 calls. Some 67 responses happened before the dispatcher called.

At the dinner, awards were presented as well as certificates for service.

Acknowledged with 2022 awards were:

Firefighter of the Year: Justin Keeley