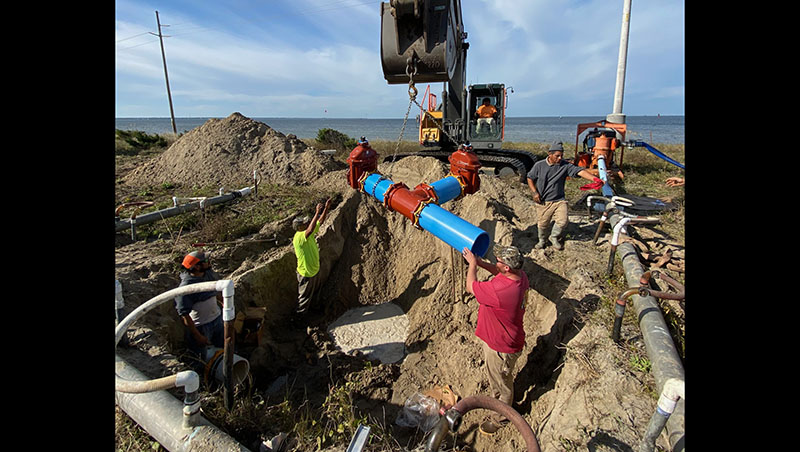 The Dare County Water Department has announced that construction to replace the water line that is located between the villages of Avon and Buxton on Hatteras Island has been completed.

On November 1, 2022, crews began to replace approximately 1.5 miles of the existing water line with brand-new, stronger C900 PVC piping. The project – which was originally expected to be completed on April 1, 2023 – was finished ahead of schedule, with the new line being placed into service on December 12, 2022.

From November 2018 to September 2022, the existing 12” PVC Avon-Buxton water line experienced 10 ruptures. In the early part of these ruptures, the Dare County Water Department began recording the pressure on the water line and determined that the highest pressure spike on the line was 80 psi. The new 12” PVC pipe that has been installed between the villages of Avon and Buxton is able to withstand 200 psi.