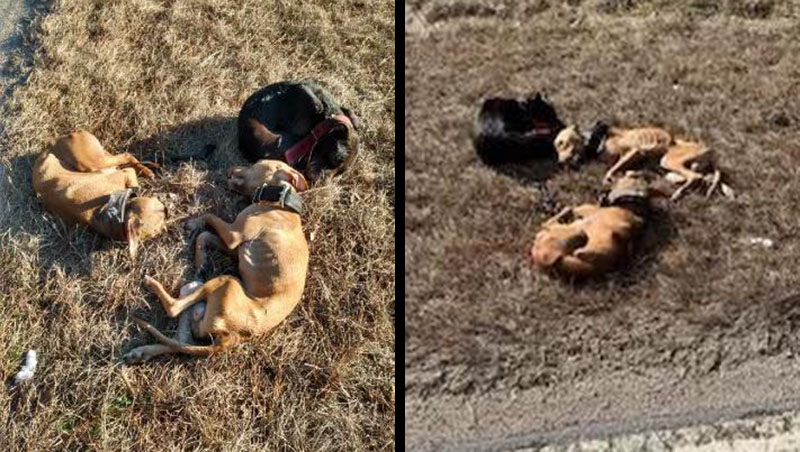 A North Carolina sheriff’s office is seeking information about three dead dogs that appear to have been starved.

The Edgecombe County Sheriff’s Office reported that on January 1, 2023 at around 2:30 p.m., the ECSO Animal Services Unit received a call regarding deceased dogs on Baker St. Ext., just outside Tarboro town limit. According to ECSO, three dogs were located; it appeared they had been starved to death and dumped. No identification or microchips were located on the animals.

Those with any information regarding the incident should contact the Edgecombe County Sheriff’s Office Animal Services Unit at 252-641-7911.

“Sheriff Atkinson and the ECSO intend to investigate this to the fullest and will bring those responsible to justice,” stated ECSO.