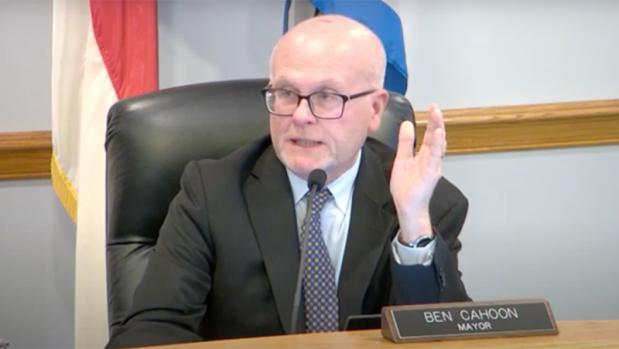 Nags Head Mayor Ben Cahoon voted against the zoning amendment, stating that multi-family was a long-standing use in the C-2 district. However, the remainder of the board voted for the amendment and it passed 4-1. Nags Head video still 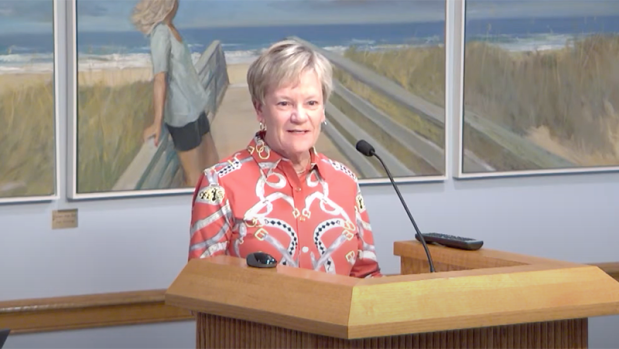 Clara McKenzie Smiley speaks to Nags Head commissioners at the January 4 meeting in support of the removal of multi-family dwellings from the allowable uses in the C-2 General Commercial district in Nags Head. Nags Head video still 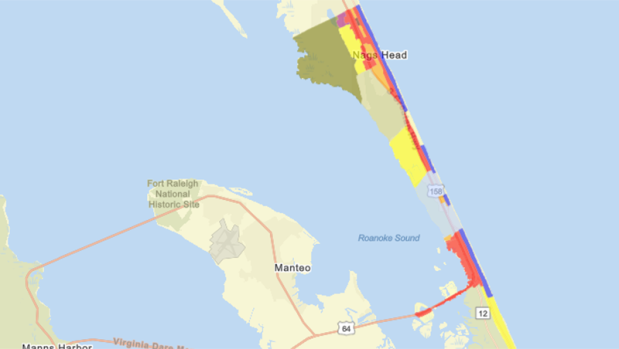 Nags Head commissioners were divided at the January 4 meeting on the text amendment that would remove “multi-family dwelling” from the list of permitted uses in the General Commercial area of town, though the amendment ultimately passed 4-1 with Mayor Ben Cahoon the lone nay vote.

The amendment comes on the heels of the discussion about the proposed Woda Cooper essential and workforce 54-unit housing project on a 4.7-acre parcel on E. Hollowell Street. On October 19, the town issued a 100-day moratorium on all non-residential development within the C-2 General Commercial Zoning District, which included the parcel in question, to allow planning staff and commissioners time to develop and implement standards for the area.

Planning director Kelly Wyatt explained that amendment would allow the town the time to set the standards that will ensure that “appropriate multifamily development can occur in appropriate areas of town.” Wyatt added that the town may consider incentivizing multi-family housing in some areas.

Wyatt said these standards will help the town accomplish the goals set in the 2017 Land Use Plan, which include identifying “existing cohesive residential areas that are currently zoned commercial and consider rezoning to residential to preserve their integrity and limit future land use compatibility issues” and developing regulations that “prevent incompatible commercial development adjacent to areas with historical designations or significance.”

The Land Use Plan also lists the need to evaluate all commercial zoning districts to determine if they’re functioning as envisioned and make changes if necessary.

Though Wyatt implied that the amendment change is not intended to be permanent, there is no temporary language in the amendment itself.

Seven homeowners from the Historic Character Area spoke to commissioners in support of the amendment.

After sharing some fond memories from the last 70 years at her Nags Head cottage, Clara McKenzie Smiley said, “It was a neighborhood then as it is now, characterized by well-maintained single-family cottages and supported by family-run businesses. The town made sure that there were no multi-family structures which we see in the towns to our north. Everybody knew and looked out for each other and that’s the way we do it today … The Woda Cooper project would change the very character of our neighborhood in ways that would not be in keeping with what we and our neighbors have invested in and want to preserve for future generations.”

Frank Campanale said he was surprised and disappointed when he first heard of the proposed housing project, and he supported the zoning change: “I would like to express gratitude for the consideration … we’re sensitive to the need of supporting the businesses. I’ve owned multiple privately-held businesses my whole life, but I’m just saying you’ve got to optimize where you put that high density housing. I think if you scrutinize Dare County there’s a lot of alternatives local and even further away.”

Several Nags Head business owners did speak up with concern over the proposed amendment. Realtor Bobby Harrell expressed concern that the process was moving too quickly to allow the public adequate time to research and investigate the consequences of the zoning change.

Harrell also claimed that “anytime there’s an elimination of a use in the zoning it will decrease the property value.”

Peter Pinto, owner of multiple Nags Head properties including Tar Heel Motel and Sugar Creek Condominiums, said he and his business partners are concerned that the zoning amendment may have adverse effects on his business.

“We made significant expenditure of time, money, and resources in good faith based on the uses that were approved in the town when we purchased the property. We want to make sure that the North Carolina Sunshine laws are followed and basic fairness and equity are respected and I’m certain that they will be,” Pinto said.

Town attorney John Leidy confirmed that any permits that had already been issued or approved in the C-2 district would be honored.

After the public comments, Mayor Cahoon asked for a motion on the floor to begin discussions. Commissioner Kevin Brinkley made a motion to approve the amendment as presented. Commissioner Renee Cahoon seconded the motion.

“I don’t see this as a long-term process. I think we’re just trying to get our zoning ordinance and zoning maps in order and this is merely part of the process that we’re going to use to do that,” commissioner Cahoon said.

“Do I see this as a permanent step? Probably not. I think we all recognize the need to have a more diverse housing selection whether it’s multi-family or whether it’s other types of housing in our town. So I take this as one step that we’re taking in order to try to give staff the opportunity to bring in better definitions. We don’t even have a definition of multi-family housing overall. So we’ve got a lot of work to do on our end and this is a step that I support taking in order to do that,” she continued.

Mayor Cahoon then expressed his opposition to the amendment, saying that multi-family in C2 has been a long-standing use in town, and possibly predates much of the development that has sprung up around it. “[If approved] we’re taking an essential use off the map and off the table for a large area of the town. The C2 is not just the area that’s been referenced repeatedly – C2 is virtually everything between the highways in in the town and much of what borders 158 on the west side of the highway.”

“I understand that that we will probably put this back but we’re taking it off the table without a guarantee that we’re putting it back. To me, we’ve had these rules in place so that folks can make a good faith investment in the town and it’s unfortunate, the timing. I agree we did our due diligence [in notifying the public] … and that there’s nothing nefarious about this, but it but it feels to me a little precipitous to take this action at this time,” the mayor concluded.

The amendment passed, thereby removing multi-family as an allowed use in C-2 and effectively in the entirety of the town. Multi-family housing is an allowable use now only in the Neighborhood Commercial C-1 district, which has yet to be mapped; currently there are no areas within the town zoned C-1.