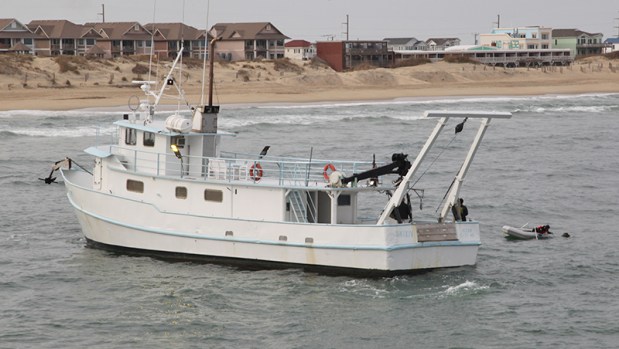 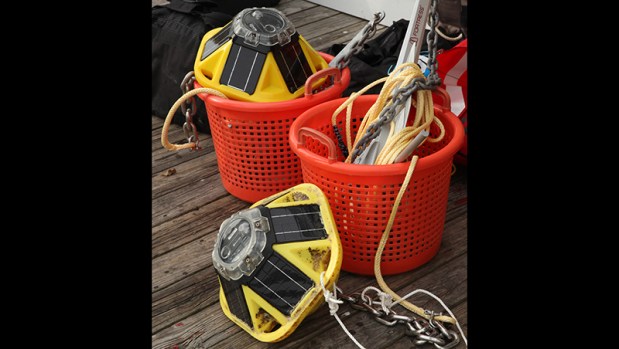 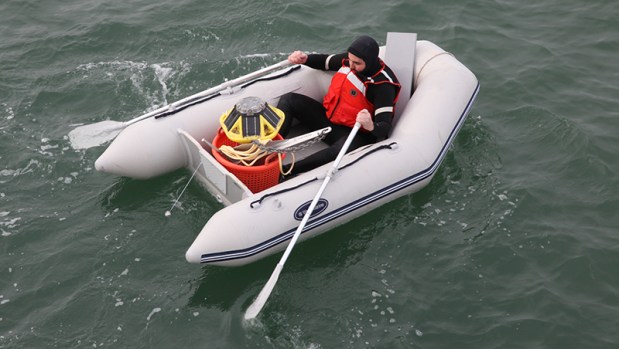 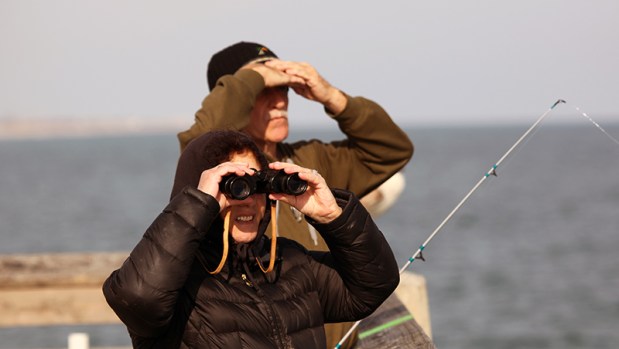 A team from East Carolina University’s Coastal Studies Institute in Skyco worked with commercial vessel Tiki XIV out of Ocean City, Md. to replace two spotter buoys, which were deployed on each side of Jennette’s Pier in Nags Head on Wednesday, January 11, 2023.

The Tiki crew also removed an old mooring point that was used during last year’s Wave to Water ocean energy experiments. Spencer Wilkinson of CSI used a dingy to carry a line from the vessel to the mooring ball.

Spotter buoys outfitted with chain and line were staged on the pier deck before their deployment the afternoon of January 11. By 3 p.m., they were reporting the water temperatures near the end of the pier.

The water temperature during the operations was 48 degrees.