Deja Kelly scored 13 of her 18 points in the first half, Alyssa Ustby finished with 17 points on 7-of-10 shooting and grabbed eight rebounds and No. 17 University of North Carolina trailed for just 23 seconds Sunday in its 70-57 win over Georgia Tech.

Kelly scored seven points — including the final five — in a 9-2 spurt to give UNC the lead for good and make it 18-11 at the end of the first quarter.

Todd-Williams hit a 3-pointer to give UNC a 10-point lead with 2 minutes left in the second quarter and Kelly made another as time expired to make it 37-28 at halftime. Swartz hit a 3 early in the third quarter to cut Georgia Tech’s deficit to eight points but the Tar Heels scored 19 of the next 24 points to take a 57-36 lead — their biggest of the game — with 2:17 to go in the period.

The Yellow Jackets were coming off a 69-57 win over Syracuse on Thursday that snapped a six-game skid overall and ended a seven-game losing streak in conference play. It was only their second win since Dec. 11.

North Carolina hits the road to take on Pittsburgh on Thursday. 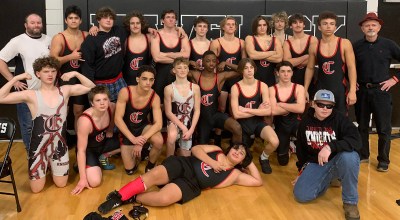