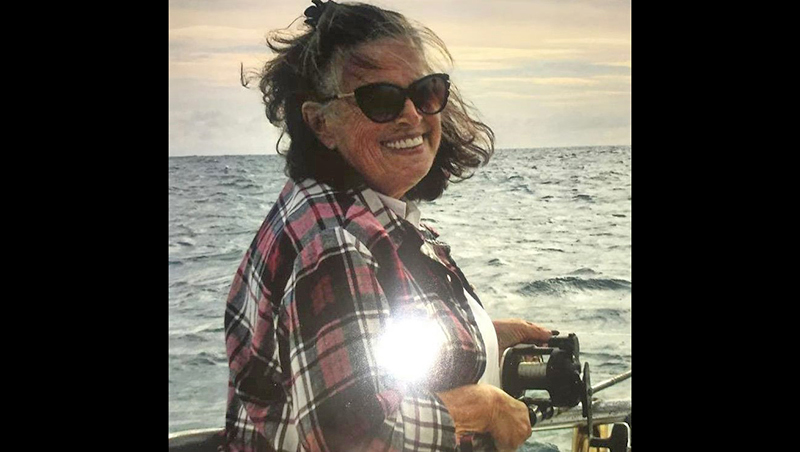 Point Harbor – Janet Ann Russell went home on January 21, 2023 from The Outer Banks Hospital after a short illness. Born in Baltimore, MD July 11, 1948, she was the daughter of the late Hugh Strennen Sr. and the late Vivian Amaral Strennen.

Janet had a wonderful life. She met her husband while working for him at the Social Security Administration in Woodlawn, MD. Then came motherhood, a successful career in real estate, followed by earning a BS Degree from the University of Maryland. Janet worked for several years at John Hopkins Hospital in a critical care unit. Then she earned her degree in massage therapy and practiced for several years in both Maryland and North Carolina. Janet’s most recent love was fishing (as the picture shows) at Lake Mattamuskeet near Engelhard, NC.

Janet is being cremated and wishes only to be remembered by those that knew her. Please share condolences with the family at www.gallopfuneralservices.com. Gallop Funeral Services, Inc. was entrusted with arrangements.