Responding to criticism that she misidentified herself as a registered nurse, North Carolina legislator Beverly G. Boswell sees the recent publicity of her position as a continued campaign to discredit her. 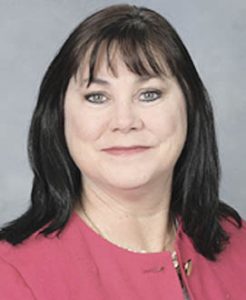 According to a media release issued by her campaign manager, Luke Stancil, the statement said Boswell has never personally claimed to be a registered nurse and all official candidate profiles clearly state her profession as a “medical assistant phlebotomist.”

“I have never introduced myself as a nurse,” said Boswell during a Friday phone interview. “It would be different if I had actually done something. But I’ve been in the cross-hairs ever since I went to the General Assembly.”

The Republican representative for N.C. House District 6, which covers Dare, Hyde, Washington and part of Beaufort counties, moved to the top of everyone’s news feed recently when it was reported her campaign website and a Facebook page incorrectly identified her as a registered nurse. The N.C. Board of Nursing, responding to a citizen complaint, asked her to correct the reference, which has been done.

“Everything is down and has been corrected,” explained Boswell, who added that she does not know how long the incorrect information had been up there. “Volunteers have been retrained and instructed that nothing goes anywhere without my signature.”

Boswell went on to say it seems every little thing gets turned against her.

“They’re out for my blood,” she added. “It doesn’t matter what I do. The left hates me because I’m effective in getting our conservative values pushed. The RINOs hate me because they have their own agenda.”

Frequently criticized for the repeal of a plastic bag ban, Boswell said her bag ban bill was never even heard in committee. The repeal was added to a conference report in the Senate, which she was not part of, and added to an environmental bill that was voted on.

Boswell said there should be no surprise to her vote – at last year’s GOP convention she told everyone what she was going to do.

Boswell said she categorized herself as a straight-up person who does not try to play the political game.

“If you want lies and pretty actions,” she continued, “I’m not that person. I’m the person that’s going to fight for our values. I fight for improving North Carolina.”

“I’m a female Trump,” Boswell continued. “Whatever I do is wrong.”