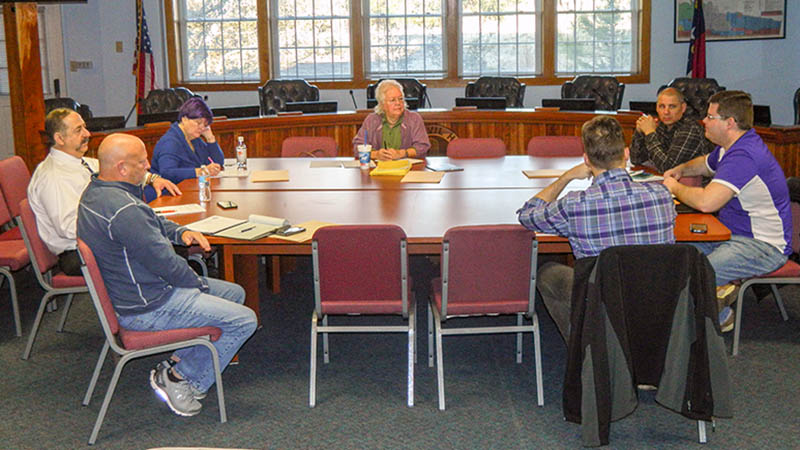 Although March 28 marks the final day for accepting poster contest entries at the Town’s Administration Department, there was a brief discussion on cash prizes being awarded to each of the top three winners with first place receiving $100, second place $75, and third place $50.

The Board of Commissioners, at one of the Board’s regular session meetings, will recognize all contest entries.

Kill Devil Hills held its first community Trash Attack in 1994, followed by several others throughout the 1990s. A period of inactivity set in until the Community Appearance Commission revived the event in 2014 with a poster contest for Dare County students. Participants have been recognized at Board of Commissioner meetings and winning designs enlarged and transferred as eye-catching graphics on town sanitation trucks.

One change for this year’s pick-up campaign is, following the day’s collection activities, Town staff has been asked to include a count for the number of plastic bags recovered.

“We’ve asked Public Works to tell us, in addition to the overall tonnage we pick up, just how many plastic bags are collected,” said Commission chair Sue Kelly. “The town has really become a mess with all these recent wind events and bags blowing around.”

“Plastic bags are an ongoing concern, but we don’t want people to get hung up on picking up only one thing,” added Sandie Markland, co-chair for the Trash Attack event.

Markland also said that although participation is always dependent upon the weather and any youth sports scheduled, each year has been a bigger success than the previous year.

“Litter collection is expensive for every town,” Markland added. “So this event is always a big help.”

The 2017 Trash Attack event saw about one hundred volunteers and town staff collect more than 21 cubic yards of trash in addition to another 2 tons of bulk items.

“After the pick-up event Public Works staff weighs all the collected debris while we eat pizza,” Markland added. “When they announce it by zones we don’t get any prizes but it’s always exciting to see which zone got the most.”

With Trash Attack details settled, Commission members moved into a discussion on another campaign in the works focused on reducing the number of cigarette butts around.

While a subcommittee will handle most of the work against cigarette butts, the day’s discussion was an update from he previous nights meeting.

A major project being considered includes the addition of custom cigarette butt receptacles similar to ones in Nags Head being placed at various locations in town.

Another part of the discussion included how, they would be installed, where might be the best locations, as well as who will be cleaning them out.

There was also some discussion on dressing the receptacles up to enable a competition on which one might be filled the fastest. One suggestion was to apply Carolina and Duke colors and decals.

Going back to a plastic bag discussion, Kelly admitted that running several campaigns at the same time is a little taxing.

“Education is the key,” said John Windley, the Town Commissioner representative on the Commission.

Before ending the day’s discussions, Kelly reminded Commission members that the group’s next meeting on the fourth Thursday April will conflict with early voting.

“Do we want to pick another day or skip it,” she asked.

After a short discussion on alternate days, the group consensus was to cancel the April meeting, which makes May 24 the next Community Appearance Commission meeting date.