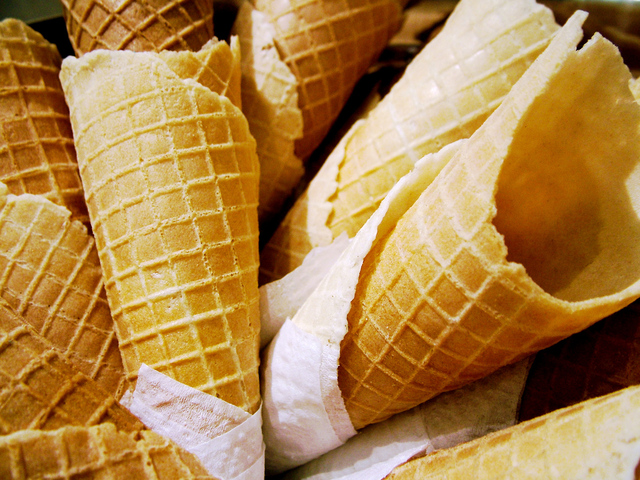 During the meeting in the Paul F. Keller Meeting, Director of Community Development Joe Heard explained that the town had received a request to convert existing retail space in the southern end unit in the Loblolly Pines Shopping Center at 1187 Duck Road into an ice cream shop. Previously occupied by Made in the OBX, a retail store, Weezy’s Ice Cream would replace the existing I Scream Ice Cream ice cream shop operated by Pizzazz Pizza.

Although no changes to the building or surrounding site are planned, during a details discussion on existing and required parking spaces it was noted that the original 1986 site development approval was several uses with less substantial parking requirements. But as tenants changed the number of onsite parking spaces has become nonconforming.

It was also noted that two Americans with Disabilities Act handicap accessible parking spaces board members thought were there are in fact not there.

At the end of discussion the board voted by a majority to approve the change provided that two ADA compliant parking spaces are designated and marked in the shopping center; proposed improvements meet applicable building and fire codes; any new signs must be reviewed and approved under a separate permit by the Community Development Department and the conditional use permit expires in 12 months from the date of approval if the approved change of use has not been initiated.

The next conditional use permit request was for a number of changes already in place.

The original 1950 cottage has been expanded and now contains a 36-seat restaurant plus 12 barstool seats located on a screened front porch of the restaurant.

The owners, Mark and Ashley Copeland, were asking for approval to expand their outdoor entertainment and seating area to include a performance stage, movie screen, stone oven with sink, two storage sheds, a bathroom building, and an addition to the bar. All changes were already in place.

During the review, it was noted that none of the necessary permits had been obtained, there were a number of setback violations, potential building code violations, a lot coverage violation, inadequate number of parking spaces, and an unsafe outdoor grill structure due to its proximity to combustible structures in violation of N.C. fire code and state health department standards.

“It’s not like we did this all at once,” said Ashley Copeland. “It was slow and gradual. We were busy working the restaurant. It was a decision here and a decision there just trying to make things work and run a restaurant.”

Although Duck could apply flexible development standards for structure setbacks, lot coverage, landscape buffers, and parking under its Village Commercial Development Option, it soon became apparent that there were too many violations with too few options from the owners for that to work in this case.

When board members asked the Copelands what changes they were willing to make in order to bring the site into compliance, both agreed they were open to change but offered no specific changes.

“I am struck by the number of violations,” said James Cofield. “If it was one or two I could do something, but this is too many.”

Cofield was not alone.

“This is an extraordinary list of violations,” offered board chair Joe Blakaitis. “But we have not heard what you are willing to do to mitigate this. Something has got to come. What do we tell all the others that broke their backs to comply? If you had something on paper, I think we could work with you.”

“Hacking this out here can be sloppy,” added Marc Murray.

At an apparent standstill with no changes being offered by the Copelands, the board voted 4-1 to recommend denial of the permit request with Murray the opposition vote. Duck Town Council members will have the final say.

After the Copelands departed there was a short discussion about how this was not the first time an applicant appeared shocked to get no help from the board.

“Do what others have done,” offered Ron Forlano, a former planning board member sitting in the audience. “Hire an engineer and develop a site plan with the proper setbacks. We’ve overlooked a lot of violations over the years trying to help people out and I was a part of that. Eventually you have to put your foot down.”

Before moving to another discussion Heard pointed out that denial of the conditional use permit request does not affect the operation of the restaurant.

Returning to an old business item, board members entered a discussion on limits for maximum residential building sizes.

Trying to get a handle on development of large residential structures, town council requested developing standards that address that issue with reasonable limitations on the scale of residential development in Duck.

In 2015 the state General Assembly passed legislation limiting local authority and control over building design elements which covers such thing as exterior building color, roof and porches materials and styles, number and types of rooms, and the interior layout of rooms.

Before ending the evening’s session board members provided town staff with guidance on the type of ordinance they were looking for. Heard said he expected to have something to review at the May board meeting.

In other routine business for the night minutes from the March 14 meeting were approved.