Which way’s the Atlantic Ocean again? 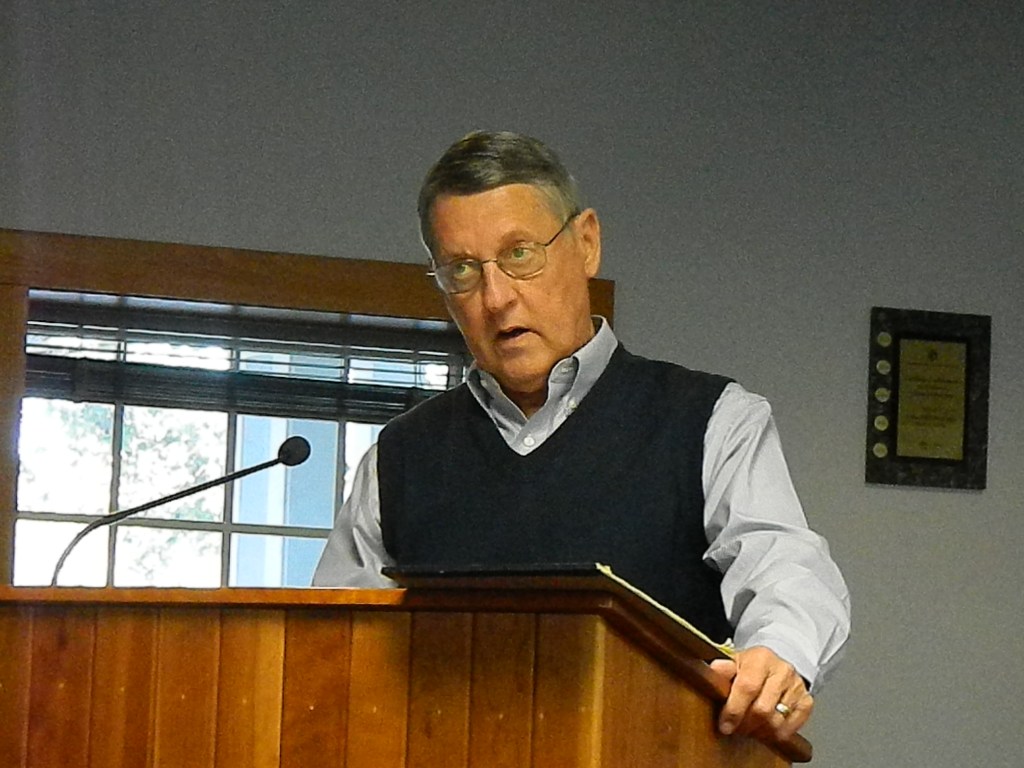 An April 17 Kill Devil Hills Planning Board work session schedule fell apart when board member Eddie Valdivieso pointed out the land-use plan document scheduled for review has the Atlantic Ocean on the west side of town.

Earlier this year Kill Devil Hills commissioners contracted with T. Dale Holland and Holland Consulting Planners, Inc. in Wilmington to undergo an update of the town’s land-use, or comprehensive plan, which is a guide for planning board members and board of commissioners whenever zoning decisions are made.

At the February planning meeting, Holland, along with his son Landin Holland, provided the board with the first two sections of the plan with instructions to read through the pages and provide feedback at the April meeting. Section one is an introductory general overview of the plan, an explanation of the planning process, related legislation, and how the land use plan helps with local government decision-making. Section two is a Kill Devil Hills community profile with statistics and housing information.

Standing before the board at the Tuesday night meeting, Holland queried the group for any questions, concerns, or comments about the first two sections.

It was after a brief pause of silence that Valdivieso spoke up.

Leading off with a comment that he did not want to rewrite the plan, Valdivieso said he felt some parts of it do not flow grammatically.

“The reason I’m a stickler on this,” said Valdivieso, “is that I was in the business of planning and consulting for 25 plus years. I’ve had the land-use plan, which you say is not a regulatory document, used as a regulatory document as a means of supporting or denying a project.”

Valdivieso went on to say Holland should take another look at the first paragraph.

“You’re talking about a planning process but it does not describe it,” he continued. “It gives me the impression that the introduction was just thrown together. It may not have been. I tried getting through the beginning and I kept having problems with it, and it just gave me a flavor for the rest of the document.”

When asked for an example, Valdivieso recited a paragraph on page two that says the town’s corporate limits encompass approximately 4.7 miles of beach extending from the estuarine shoreline on the eastern side to the Atlantic Ocean on the west.

In response Assistant Planning Director Bryan Brightbill advised that staff had already made a note of several things and notified Holland of needed corrections, which mean some other corrections Valdivieso might bring up may have already been addressed.

Holland’s response was that he would be happy to see those comments in order to make whatever corrections the board deemed necessary. He did, however, indicate that Valdivieso interpreted the paragraph differently than his office did adding that very document that goes out of his office has been read by an English graduate.

“That’s not interpretation,” said board member Skip Jones. “That’s a glaring mistake in that sentence.  An English major not living here would not know that error, it’s a mistake that needs to be corrected.”

After considerable discussion board chair Stan Clough asked what needed to be done for the night, and it was agreed that staff would review future sections, mark them up, and note any needed corrections before handing them out to board members.

“That did not happen with section one and two,” added Brightbill.

In other business for the evening, minutes from the March 20 meeting were approved and James “Chip” Almoney was re-appointed as the Board’s Ex Officio representative to the Town’s Community Appearance Commission.

The next planning board meeting begins at 5:30 p.m. on Tuesday, May 15, in the Administration Building meeting room 102 Town Hall Drive.