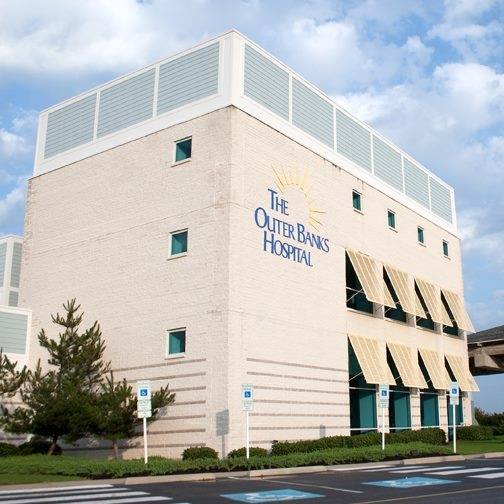 According to Rob Testerman, Kitty Hawk planning and inspections director, the conditional-use permit would allow a single licensed physician office to be built at 5113 and 5117 Putter Lane. If approved there would be an address change to North Croatan Highway with a large curb cut required to meet fire code.

Both 20,000-square-foot lots are currently undeveloped and were rezoned from residential use to MS-1 for medical and governmental uses earlier this year.

Testerman also advised that the building is to be 6,003 square feet, less than the 7,000 square feet originally planned, so council is looking at a smaller building footprint than the one approved by the planning board. In addition, there would be four doctors, one more than previously planned, which increased the number of required parking spaces from 23 to 32.

David Ryan, project engineer with Creative Engineering Solutions, explained that the urgent care center would be operated by Outer Banks Hospital with 39 parking spaces to allow room for additional doctors if needed.

“Changes were incorporated based on several known concerns,” said Ryan. “Everything was planned carefully to meet state and local requirements.”

Some of the changes Ryan referenced were in part from comments and suggestions by Thomas P. Delucia, one of the two vocal opponents to rezoning and a Putter Lane land swap between Kitty Hawk and Putter Lane OBX, LLC.

Although Delucia and Robert Spencer Oliver Sr., who owns 5109 Putter Lane and was making his fourth appearance on the issue, voiced concerns that their property value would diminish, Testerman said the issue is widely debated. But according to assistant Dare County assessor Hosea Wilson, property values are sometimes positively affected citing Nags Head Cove next to Outer Banks Hospital as an example where there have been no negative effects on the real estate market.

Delucia countered that it was not a fair comparison since hospitals and urgent cares are not the same, after which Mayor Gary Perry said he was not aware of any effect on property values near Regional Medical, which had been there for several years.

At the end of a discussion that included noise comparisons between a fire station an urgent care center, council voted unanimously to approve the conditional-use request to establish a licensed physician office at 5113 and 5117 Putter Lane.

In a related matter, meeting council approved a resolution authorizing an even property exchange between the town of Kitty Hawk and Putter Lane OBX, LLC, for the two town-owned lots at 5113 and 5117 Putter Lane for four undeveloped lots in the Kitty Hawk Beach Subdivision at 4907, 4911, 4915 and 4919 Putter Lane. According to Dare County tax appraisal values all are valued at $106,500 each.

With much less discussion, a conditional-use permit to allow craft production and retail sales in an existing commercial building at 4622 North Virginia Dare Trail was granted. During his comments on the request Testerman explained that the applicant intends to set up a glass-blowing operation within an 800-square-foot area.

The first is a requirement that Board of Adjustment members be residents of Kitty Hawk. The second is a change in lot coverage calculations that will allow additional coverage with the use of some permeable pavement materials.

Town Manager Andy Stewart also advised that a large item pick up is scheduled for May 21.

The next Kitty Hawk Town Council meeting is 6 p.m. on Monday, June 4, at 101 Veterans Memorial Drive, and is open to the public.