A half century of service 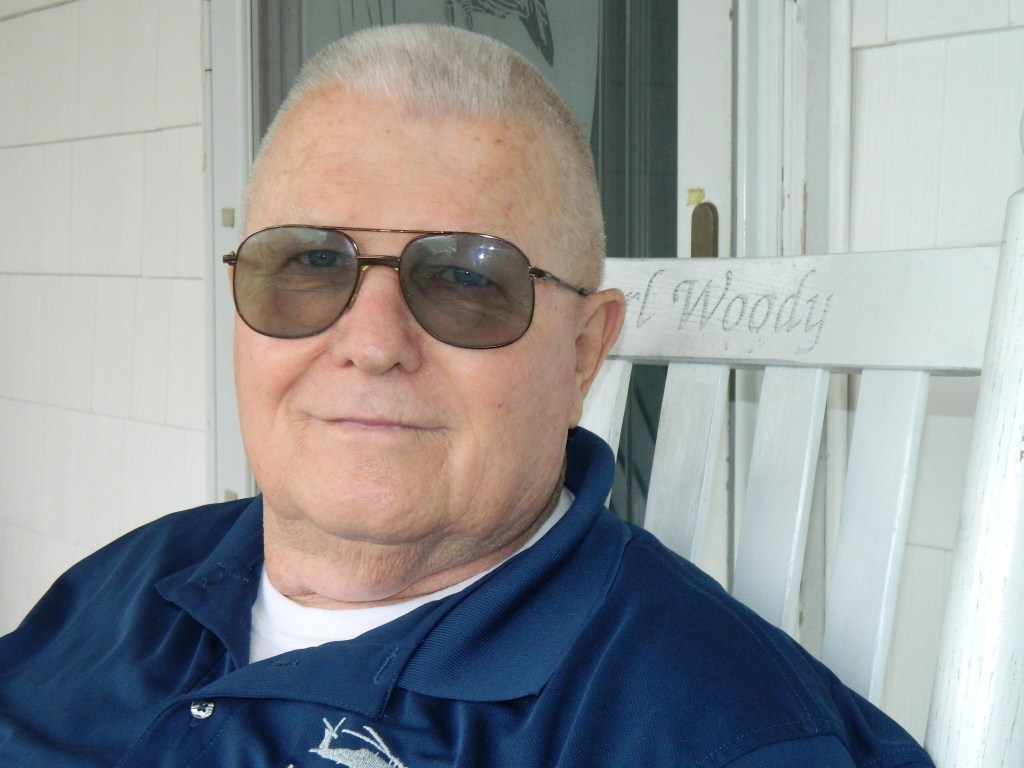 Carl E. Woody will retire after more than 50 years of public service at the end of May. Philip S. Ruckle Jr. photo

At the end of May, Carl E. Woody will depart work at the Elizabeth City Coast Guard base one last time, closing out a government service career spanning more than 50 years.

Sitting on the porch of the family home in Manteo recently overlooking over Doughs Creek, Woody recalled some of the experiences of his half-century career and pending retirement.

“It’s been an enjoyable 50 years,” he said with an ever-present smile. “You have your good days and your bad days, but nine out of 10 of them will be good days.”

Along the way he married Sue Ann Woody and the couple recently celebrated their 49th wedding anniversary.

Clearly an optimist, Woody said he spent the first 20 years of his government in the U.S. Army and never had a bad assignment.

“Even Vietnam was not a bad assignment,” he mused. “You learn the different cultures of the world and the value of life. The experiences of Vietnam helped open my eyes to some of that.”

Woody went on to say his favorite assignment was at the Republic of Panama, site of the man-made Panama Canal providing a 50-mile link through Central America between the Caribbean Sea and Pacific Ocean.

Woody said during his four years at the Republic of Panama Tropic Test Center, beside the challenge of a job involved in developing new items and materials to support the federal government, his kids grew up there.

That memory helped recall another assignment.

“Then there was the two years I spent in Korea in the early ’70s,” he added. “That was interesting. We were on the DMZ. So when you hear people talk about it, I’ve been there, I know the location.”

Considered one of the world’s most dangerous strips of land, the Korean Demilitarized Zone is a strip of land that demarcates North Korea from South Korea about two miles wide and 150-mile-long across the Korean Peninsula roughly following the 38th parallel.

So how did a youth from Independence, Missouri, end up at various points around the world?

It started in a high school Army R.O.T.C. program in his home town. During a promotion ceremony, former President Harry Truman, who lived just down the street from his school, pinned his Cadet Captain rank on his uniform.

“I was so excited,” exclaimed Woody. “I knew I wanted a career in the Army.

Although he quit school at a local junior college to join the military, he later finished his undergraduate work and went on to earn a master’s in management and human relations from Webster University.

It was one of his many accomplishments.

After years of due diligence and sacrifice Woody retired from active duty in 1986 with the rank of major.

Then, after a nine-month break, Woody recommitted to the U.S. Government with a Civil Service position.

“I started working up in D.C. at the Fort Meade First U.S. Army in charge of the mobilization evaluation branch,” explained Woody. “We were involved in deploying troops to the Desert Shield war. In September of ’90 our home here was rented, so we stayed in a cottage on the beach. We made a trip to Elizabeth City, I had never been there. The Coast Guard base happened to have a job open up so I put an application in. Low and behold I got it. Back then it was called the Aircraft Repair and Supply Center. ”

Moving into the family home in Manteo, Woody was soon getting up at 4:30 a.m. every morning and driving 72 miles to work.

The drive to work was not the only career difference.

“In the Army we were trained to kill,” said Woody. “With the Coast Guard we are there to save lives. In the military we trained for war. With the Coast Guard every day is focused on saving lives and protecting our shore line. When I come back at night I know we’ve done something good.”

He is quick, however, to point out that it is a team effort.

“I would say 99 percent of the people there enjoy coming to work,” he added. “The workforce knows how important the work is. We work as a team and have never lost an aircraft from the overhaul facility.”

While there are 26 air stations around the world, the Aviation Center in Elizabeth City is the only Coast Guard depot.

“We are a one stop shopping location,” Woody contained. “We serve the world.”

Pointing out another difference between the coast Guard and the Department of Defense, Woody said DoD has supply points and agent activities spread all over with multiple coordinations.

“What people don’t realize,” explained Woody, “is that the aviation logistics center in Elizabeth City is the one aviation depot worldwide for the entire Coast Guard. We own all the airplanes, all the parts, the engineering center for it, the information technology center, and basically it’s one stop shopping. You go there to get everything done with a small workforce.

“Everyone at the air station knows how important the work is, he continued. “That includes the person in supply, a person moving parts, and the guy turning wrenches on the airplane. They all have to work as a team.”

Stressing quality and safety, Woody said it is so important no matter if it’s a C-130 or an H-60, when it leaves the center a plane must be dependable even when flying in adverse weather.

“They don’t have to worry about the airplane’s performance,” he added.

Recalling a 1990 storm, the Manteo resident said there was a three-masted schooner 350 miles out in the ocean at 2 a.m. with pouring rain and 60-foot waves. Woody said that’s the type conditions when a rescue swimmer might make the decision not to go.

“But he knows if he doesn’t go seven people are going to die,” continued Woody. “The big thing is they don’t have to worry about the condition of the aircraft performing. They have something they can rely on. That’s part of the joy. We put out a product fanatic dependable.”

He was quick to caution, however, that there is no room for error.

As retirement day draws closer, Woody said he may not miss the drive but he would miss the people.

“People is what makes an organization, and people is what it’s all about,” said Woody. “If you treat everyone with respect, take care of your people, and tell the truth; with those three things you’ll succeed.”

And, when he clocks out on May 30, Woody said that will give him between federal service active duty and civil service 50 years and 10 months.

“I figure that’s enough,” he added.

Currituck’s school days may be longer this fall