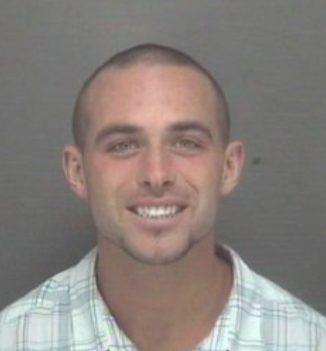 Officials say they’ve beefed up security at the Dare County Detention Center following an escape over the weekend.

Moran wouldn’t say how the escape was carried out, but said it was opportunistic and the prisoner didn’t have outside help.

The escape was a first at the Dare detention center in Manteo. Moran says officials have had other attempts during prisoner transports, but no one had ever escape from the facility before Saturday morning. Moran said measures have been but in place to prevent another jailbreak.

After escaping about 1:20 a.m. Saturday, authorities say Barksdale was on the loose for one hour and 20 minutes before he was captured. Police and sheriff’s deputies with the help of a helicopter spotted and apprehended him at about 2:40 a.m.

During his brief time on the loose he apparently stole a car but drove it only 500 yards before getting stuck in the backyard of a Roanoke Island home, officials said. He then fled on foot before his capture. Authorities say Barksdale admitted to stealing the car. There were no injuries to anyone involved in the incident.

Barksdale, who had been in custody on charges of breaking and entering, larceny and assault, now faces additional charges of fleeing the custody of a county confinement facility and larceny of a motor vehicle. A court date on those charges is scheduled in June in Dare County.