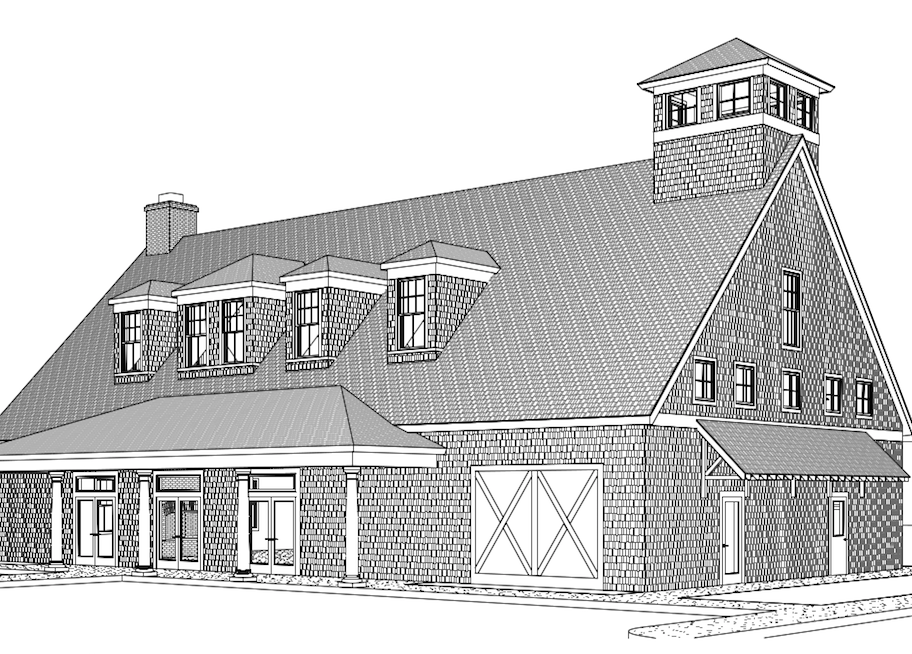 The Nags Head Planning Board recently approved plans for a 4,258 square-foot indoor assembly area for hosting gatherings such as weddings, receptions, corporate meetings and family reunions on a vacant lot at 4401 and 4405 South Croatan Highway.

During an introductory review, town deputy planning director Kelly Wyatt said a request for a new cottage court in the 4400 block of South Virginia Dare Trail and one for an adjacent indoor assembly event site are related but the applications were split for independent reviews.

According to Wyatt, the existing four vacant lots will be reconfigured. Developed as independent sites, the two properties will function together.

Plans show the two new parcels together will cover just over 1.5 acres. A new six-dwelling cottage court and community pool are planned for the eastern lot with access from Dove Street. Although a minimum of 12 on-site parking spaces are required, 24 are planned.

Construction plans call for improvements to Dove Street with a small common area with a fire pit and a community pool as part of the cottage court. Proposed lot coverage is just over 41 percent and structure heights at 33 feet, both under their respective 55 percent and 35-foot limits. Pilings will be used to elevate the homes above the minimum 11 foot height requirement.

Michael J. Morway, engineer with Albemarle and Associates, Ltd., was on hand representing Gandt Development, LLC, and added that no major fill is planned other than to level the terrain.

In response to a question on how the property would be managed, Morway said Gandt would probably establish its own management entity with some type of association tied in with the event site, although the two need not be always rented together.

Satisfied with the cottage court plans as presented, the board gave its unanimous approval.

Moving to the second application, the western parcel at 4401 and 4405 South Croatan Highway is zoned C-2, general commercial and will be developed as a 4,258 square-foot indoor assembly area capable of hosting an assortment of gatherings such as weddings, receptions, corporate meeting and family reunions.

A pedestrian walkway will link the event site to the cottage court with access to the 39 parking spaces from Dove Street.

Revisiting a set of wireless guidelines, planning board members were presented with a set of regulations for small wireless facilities after a number of comments from the town attorney were incorporated.

Deputy Town Manager Andy Garman explained that although commissioners were scheduled to review the regulations in June, there were enough changes in the details that it was decided to have the planning board have another look.

“Some unnecessary sections were removed and there were some word revisions to more closely match NC statutes,” explained Garman. “This just provides a cleaner and tighter ordinance.”

With only a suggested definition change, the board voted unanimously in favor of approving the small wireless facilities guidelines.

In other business for the day, a proposed zoning ordinance text amendment submitted by Quible & Associates on behalf of TowneBank to allow a second freestanding sign for Shopping Centers was voted down, minutes from the May 15 meeting were approved, and principal Planner Holly White gave a FOCUS Nags Head update. A FOCUS Unified Development Ordinance Technical Committee meeting is scheduled for Tuesday, June 26, at 1 p.m. in the Nags Head Municipal Complex Board Room.

The next scheduled planning board meeting is set for 9 a.m. on Tuesday, July 17.