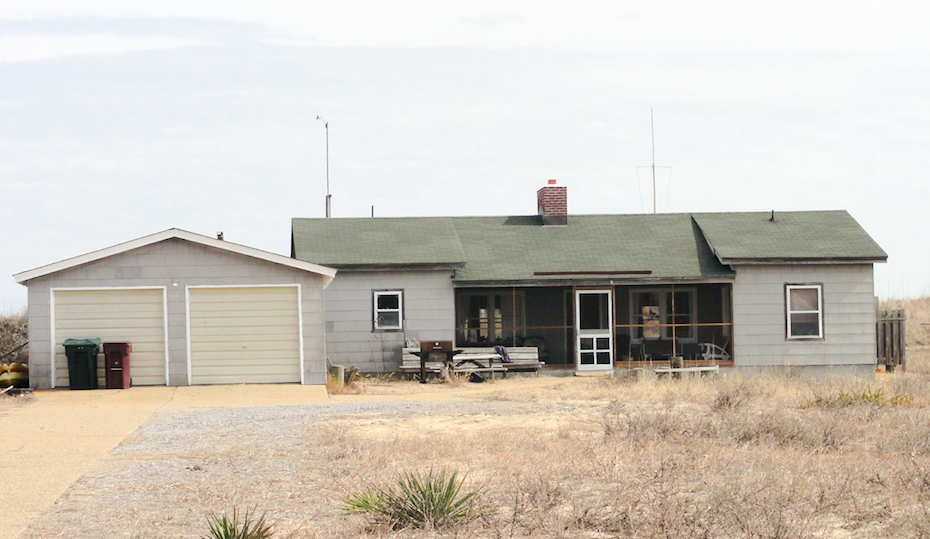 A three-bedroom and two-bath cottage at 116 Ocean Blvd. has been recommended as a historic structure by the Southern Shores Historic Landmarks Commission. Built in 1954 the cottage is considered to be one of the original Southern Shores structures. Dare County Tax Office photo

At its June 26 meeting, the Southern Shores Historic Landmarks Commission agreed to recommend historic designation for an oceanfront cottage at 116 Ocean Blvd.

The structure, built by Curtis Gray in 1954 for Dr. Lyndon Frederick Small and his wife Marianne C. Small, is an A-frame cottage with gable roof sitting on a poured concrete slab. Named “Small World,” the site has remained in the same family as a summer cottage for family use and is currently owned by three grandsons of the original owners.

The cottage is also considered to be one of the original Southern Shores structures remaining and probably one of only two gable-roof examples in the town’s potential historic landmark inventory.

During a review of the application for designation, town planner Wes Haskett said there have been no significant property improvements or architectural changes to the cottage in nearly 65 years. Haskett confirmed that the cottage, garage and the lot are all included in the historic designation application.

The original structure is a modest three-bedroom and two-bath seasonal cottage without heat or air conditioning and is surrounded by flat roof, beach box, and traditional structures built in the 1950s and ’60s, with a few others nearby built in later years.

Use of the cottage has been limited to family and friends and has not been a rental property. None of the family owners were able to appear at the meeting.

According to the application, rising maintenance costs have contributed to a deterioration of the cottage and its owners feel a historic landmark designation would help the owners ability to reinvest in the structure, and maintain its historic heritage.

“I’m not sure what they mean by deterioration,” said Lorelei Costa. “Are we even concerned about that?”

In response Richard Perkin said he had visited the site and did not see any significant deterioration.
Costa went on to say the tax advantage that come with a historic designation should give the owners some money to reinvest in the property.

“That’s why we started this program,” said Costa.

Town documents indicate that Dr. Small was a renowned chemist with a distinguished public service career that included developing numerous effective substitutes for quinine and other drugs.

Frequent visitors to the Outer Banks, the Smalls owned an oceanfront cottage in Kill Devil Hills from the 1930s until 1954. It was through their acquaintance with both Frank and David Stick that an opportunity presented itself to relocate to the more secluded beach-front area of Southern Shores.

Overall the only real concern mentioned was about a condition included in the August 1950 deed that prohibited sale or use of the property based on ethnic origin, a condition Perkin said has been overturned by the courts and could no longer be enforced.

Chairperson Lee Whitley noted that there was nothing outstanding about the cottage and, in fact, the site blends into the surrounding area.

At the end of discussion the vote to approve was a unanimous 3-0 in favor of designation. Although absent, commission members Tony DiBernardo and Kristine Kiousis had each sent a note of their support for approval.

The application will now go to town council for a final review.

In other business for the day, commission members approved minutes from the Dec. 27, 2017, meeting and rescheduled the final 2018 meeting for Dec. 18.