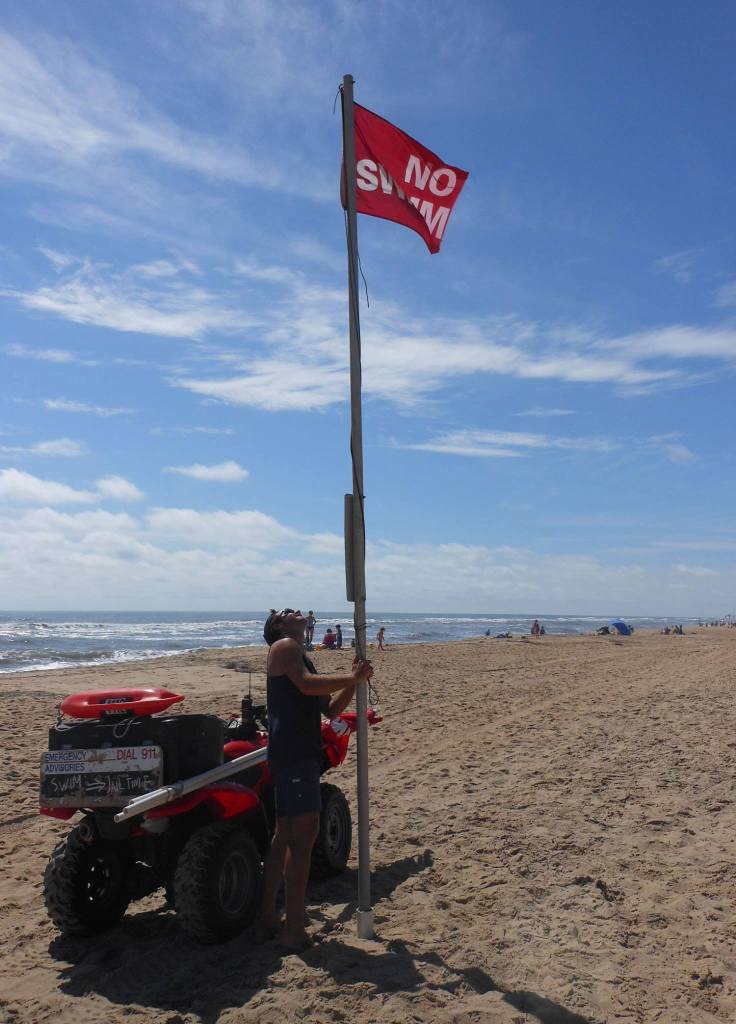 Red flags are flying on Outer Banks beaches again – a day after first responders scrambled to pull people out of the ocean in multiple rescues Friday, including one in Duck that left a swimmer unresponsive.

That rescue happened about 2:50 p.m. Friday at the beach access on Bayberry Drive. Crews from Duck Surf Rescue, the Duck Fire Department, Duck police and Dare County EMS arrived to find five people in the water caught in rip currents, the Town of Duck said in a news release.

Surf rescuers pulled all five from the water. One, a woman, was unresponsive. CPR was initiated at the scene and the woman was taken by Nightingale helicopter to Norfolk General Hospital. Her condition was unknown this morning. The other victims refused medical treatment.

That incident was one of at least three rescues across the Outer Banks involving multiple swimmers caught in rip currents stirred by the remnants of Hurricane Beryl and astronomical tides.

Text “Join OBXBeachConditions” to 30890 to sign up for text alerts from local Outer Banks lifeguards on the latest beach conditions.