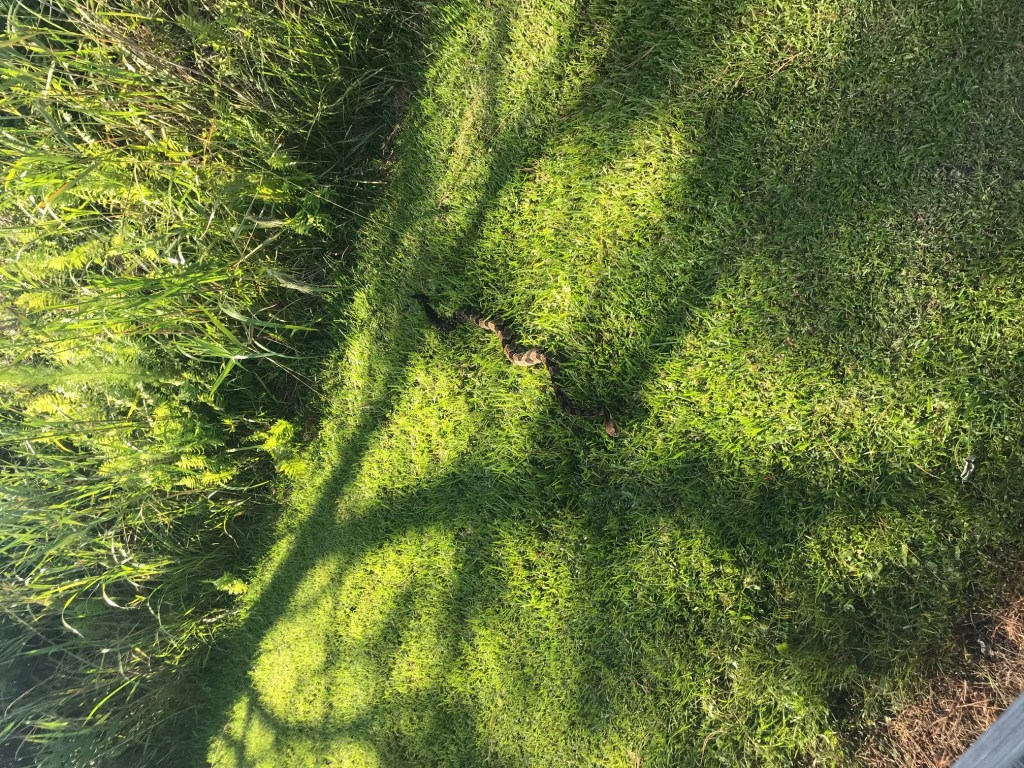 An eastern timber rattlesnake slithered under the boardwalk at the Bodie Island Lighthouse Saturday afternoon, but not before stopping to rattle at visitors walking by.

A rattlesnake was first spotted on lighthouse grounds in May. Cape Hatteras National Seashore posted photos of the snake, saying they’re generally not aggressive though will strike when threatened or deliberately provoked.

“But given room they will retreat,” the post said.

In Saturday’s case, the snake did just that.

“Most snake encounters occur between the months of April and October when snakes and humans are most active outdoors,” park officials said.

The park offers the following tips to avoid interactions with snakes:
-When hiking, stick to well used trails
-Avoid tall grass, weeds and heavy underbrush where snakes may hide during the day
-Look at your feet to watch where you step and do not put your foot in or near a crevice where you cannot see
-Do not step or put your hands where you cannot see, and avoid wandering around in the dark
-If a fallen tree or large rock is in your path, step up to it instead of over it, as there might be a snake on the other side
-Avoid approaching any snake you cannot positively identify as a safe species
-If you hear a warning rattle, move away from the area and do not make any sudden or threatening movements in the direction of the snake