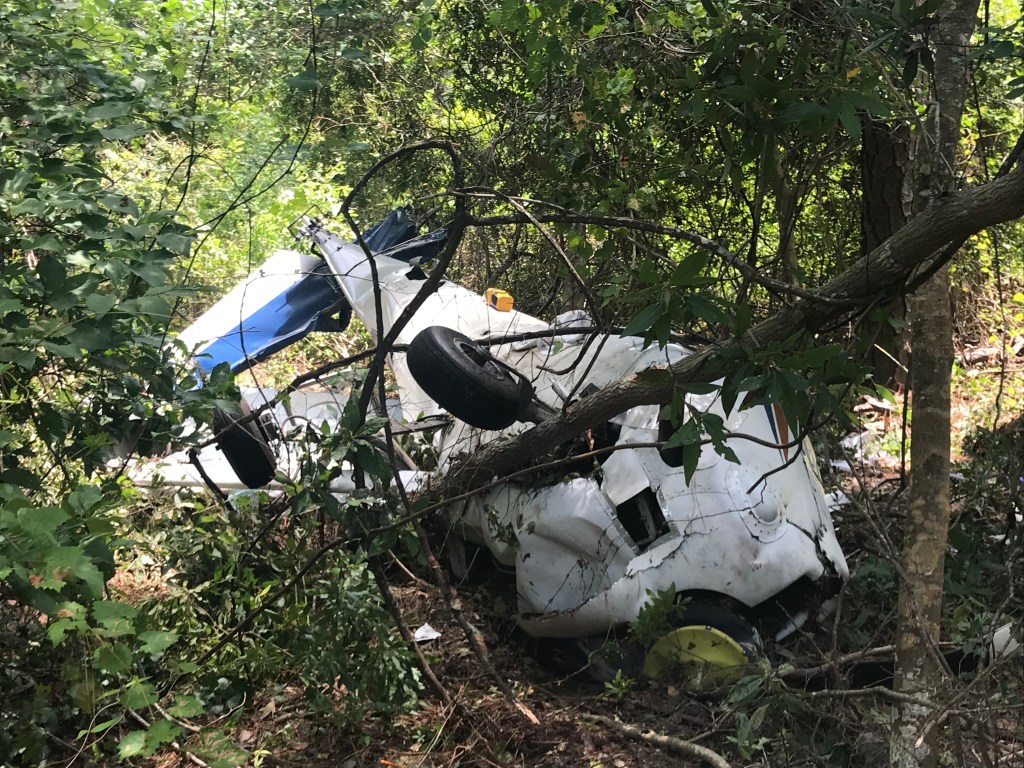 The pilot killed when his banner plane crashed near Dare County Regional Airport June 27 approached the pickup poles “very low” and caught the pickup loop around the left elevator, which controls the side-to-side rotation of the aircraft, the National Transportation Safety Board says.

A crew member told investigators he watched as the airplane continued north and was barely over the tops of the trees.

“The airplane made a climbing left turn, and it seemed like the wind was pushing it to the left. He watched as the airplane disappeared behind the tree line,” the NTSB said.

Another witness working on the ground told the NTSB that that the winds on the morning of the accident were a crosswind to runway 23.

“The witness did not see the pickup of the banner but saw the airplane as it climbed out to midfield with the tow rope wrapped around the left horizontal stabilizer,” the report says. “He and the other ground crew members watched as the airplane reached the end of the runway while yawing to the left. The airplane made climbing left turn to an altitude about 250 feet before it appeared to enter an aerodynamic stall. The airplane then descended into the trees just to the left of the departure end of the runway 23.”

Lane held a commercial pilot certificate with ratings for airplane single-engine land, airplane multiengine land, and instrument airplane. He held a Federal Aviation Administration second-class medical certificate, with limitations for corrective lenses. The pilot reported that his flight experience included 150 total hours of flight experience, but with 0 hours in last six months as of his medical examination on Feb. 12, 2018.

“The pilot’s logbook was not recovered; therefore, his total flight experience at the time of the accident could not be determined,” the NTSB wrote.

In his obituary, Lane’s family said he died doing what he most loved: flying. After earning a bachelor’s degree at Robert Morris University in Pennsylvania, Lane joined the U.S. Air Force, earned his pilot’s wings and eventually retired as a captain.