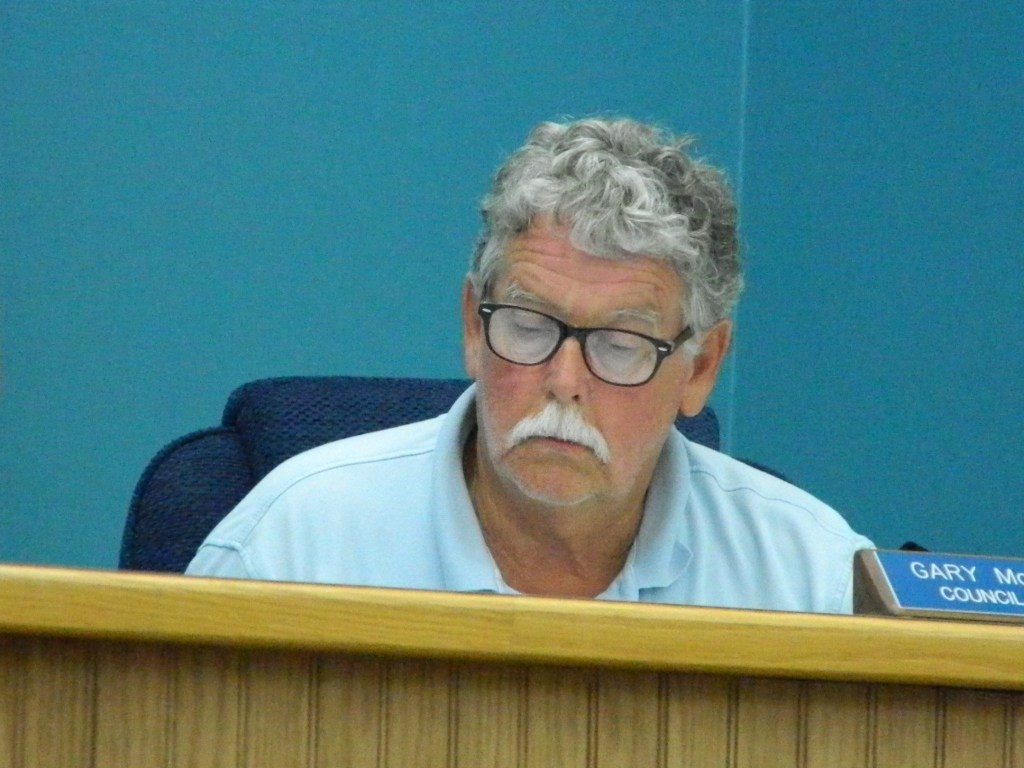 The Southern Shores Town Council reversed itself Aug. 7 when members voted 3-1 to censure fellow councilman Gary McDonald for comments he made during the July 10 meeting.

Over the objections of McDonald and councilman Fred Newberry, Mayor Tom Bennett introduced a resolution to censure McDonald as a last minute addition to the night’s agenda, saying it is one of the most unpleasant things he’s had to do since being elected mayor.

It was during the July meeting that Mayor Pro Tem Chris Nason offered a number of reasons why he supported a zoning amendment to allow property development in excess of a 30 percent lot coverage limit when permeable pavement is used. The action irritated McDonald who not only voiced opposition to the change but added that it had already been defeated several months earlier. McDonald then appeared to imply Nason supported the zoning change for personal financial benefit when he asked Nason, an architect, “How much money do you need to make?”

When pressed for an apology McDonald declined more than once and instead added: “The truth sometimes hurts.” That comment was followed by Nason’s motion to censure McDonald.

The July motion to censure McDonald failed when Bennett voted along with Newberry and McDonald to oppose the action. Newberry said he did not hear the comments and Bennett did not offer a reason for his vote.

When asked after Tuesday’s meeting about his change in position, Bennett said he had not heard all that was said during the July meeting but after viewing the video and reading the transcript he was troubled by those comments and felt there needed to be more respect shown between Council members.

“It just didn’t sit well with me,” said Bennett

Bennett was not the only one at the August meeting calling for more respect.

Newberry said he had not been contacted on the issue and the felt Nason, Bennett and Jim Conners were ganging up against McDonald. When he said that a resolution to censure inhibits him from speaking freely at meetings for fear of being censured, it was Conners who was quick to say that the issue had nothing to do with freedom of speech.

“This has to do with civility, ethics and how to treat our fellow council members,” said Conners. “We are not ganging up on Mr. McDonald. We are ganging up on that kind of behavior.”

After making Tuesday’s motion to censure, Bennett said he would drop the motion if McDonald apologized to Nason.

McDonald declined and after a 3-2 vote, with McDonald and Newberry the opposing votes, to exclude McDonald from voting on the censure action against him, town council then voted 3-1 to censure McDonald. Newberry was the only opposing vote.

When asked about the legal impact of a censure Town Attorney Robert B. Hobbs Jr. said he is not aware of any legal consequences and does not have a precise definition adding that while it depends on the wording of a motion it generally represents a lack of support for or show of displeasure of some action.

“You have the right to do this,” said McDonald. “You just did it wrong.”

There was also an extended discussion on trash and recycle cans along NC 12 and Skyline Drive.

The next Southern Shores Town Council meeting is scheduled for 5:30 p.m. on Wednesday, Sept. 5.