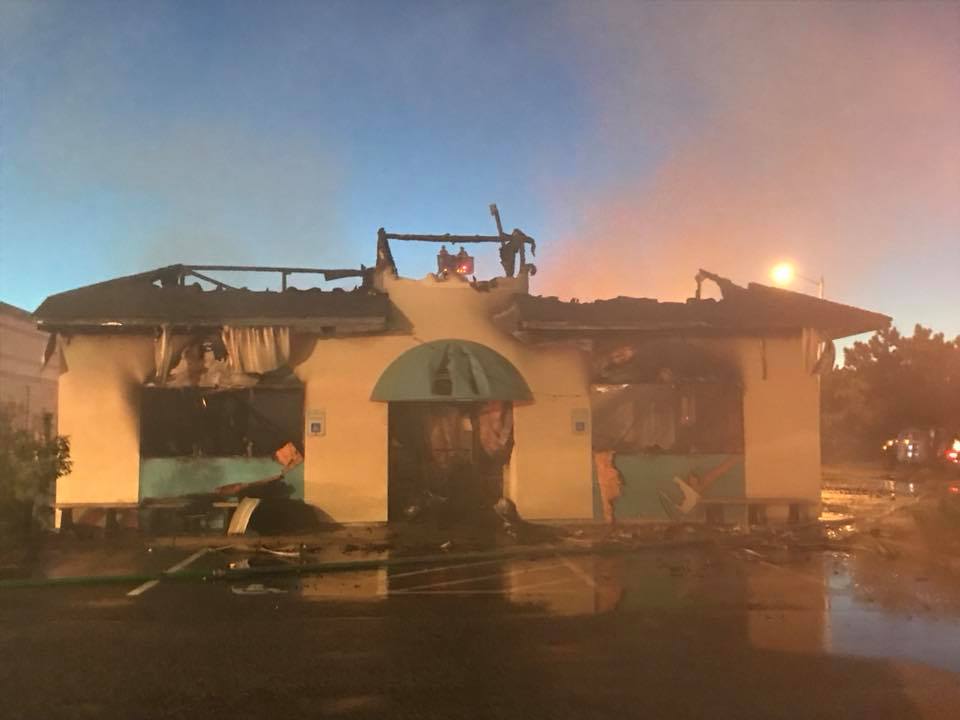 At 4:13 this morning, the Currituck emergency communications center received a 911 call from the owner of Lighthouse Bagels, who reported that smoke and flames were visible through the roof of the next-door Tomato Patch restaurant, located at 803 Albacore St, in the Monterey Plaza shopping center in Corolla.

Currituck Fire-EMS crews along with volunteers from Corolla Fire & Rescue, arrived minutes later to find a large amount of fire already coming through the roof of the restaurant. A defensive fire attack was implemented with priority given to containing the fire and keeping it from extending to the nearby strip mall where Lighthouse Bagels is located.

The fire was brought under control in two hours. No injuries were reported. The restaurant, which was unoccupied at the time, sustained heavy damage. There was no damage to any nearby structures.

The cause of the fire is under investigation.

Stay with the thecoastlandtimes.com for updates.