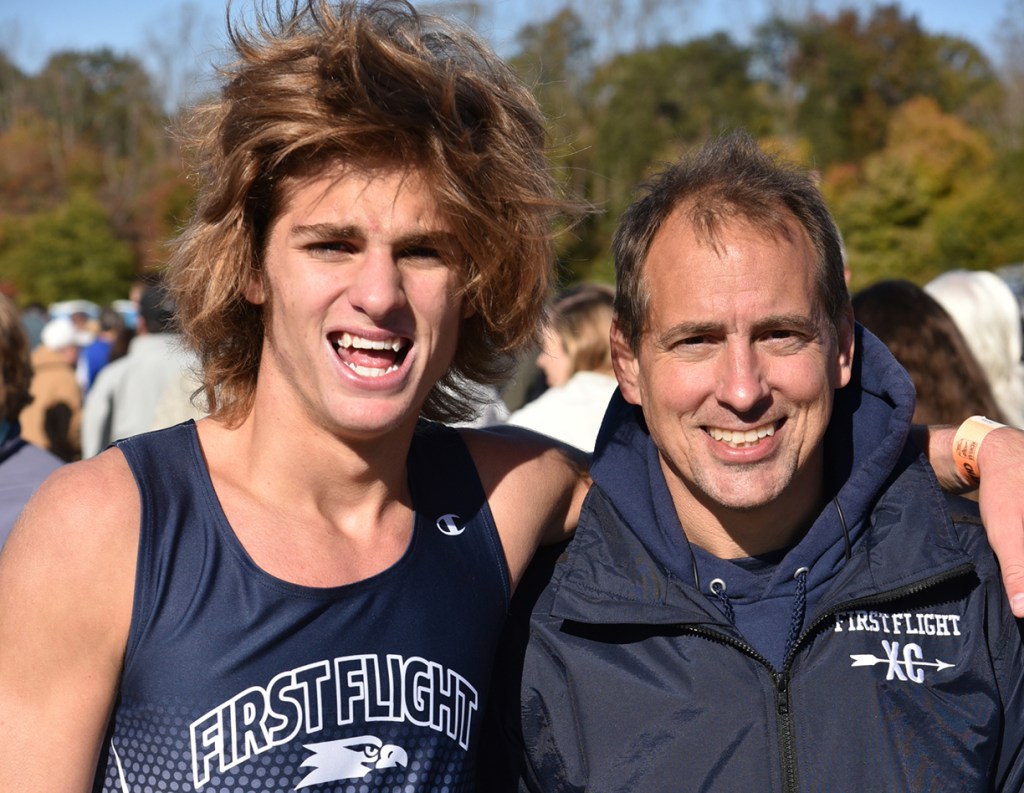 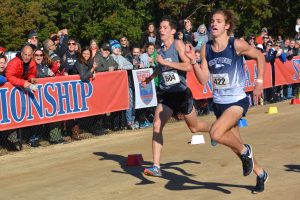 Team scoring results, however, were the exact opposite. North Lincoln, with 36 points, was first and First Flight was second with 74. 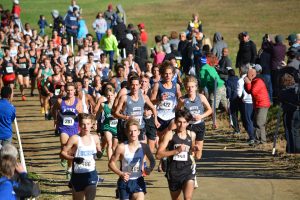 First Flight junior Zach Hughes was in the middle of the pack during the early part of Saturday’s NCHSAA 2A state cross country championships at Ivey Redmon Sports Complex in Kernersville. Hughes finished the race in first place overall, which helped the Nighthawks finish second in the state final team standings. Eddie Braxton photo

Girls 2A competition saw Madison Pugh run a 20:16.50 for 17th place to help First Flight girls finish 11th and Currituck County’s Hailee Reinke finished 47th with a time of 21:27.23 to lead the Knights to a 17th place team finish. 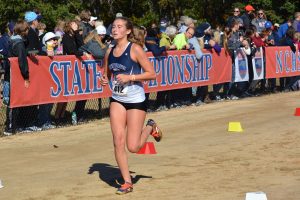 In 1A competition, the Manteo girls team placed 15th overall. Libby Robertson was the leading Redskins runner, finishing 68th with a time of 23:23.51.

Also running in Saturday’s state competitions as individuals, Currituck County’s Laitin Gibson finished 134th in the 2A boys race with a time of 19:29.84 while in the 1A boys event Cape Hatteras sophomore Shanklin Austin covered his distance in 19:51.70 for 85th place.