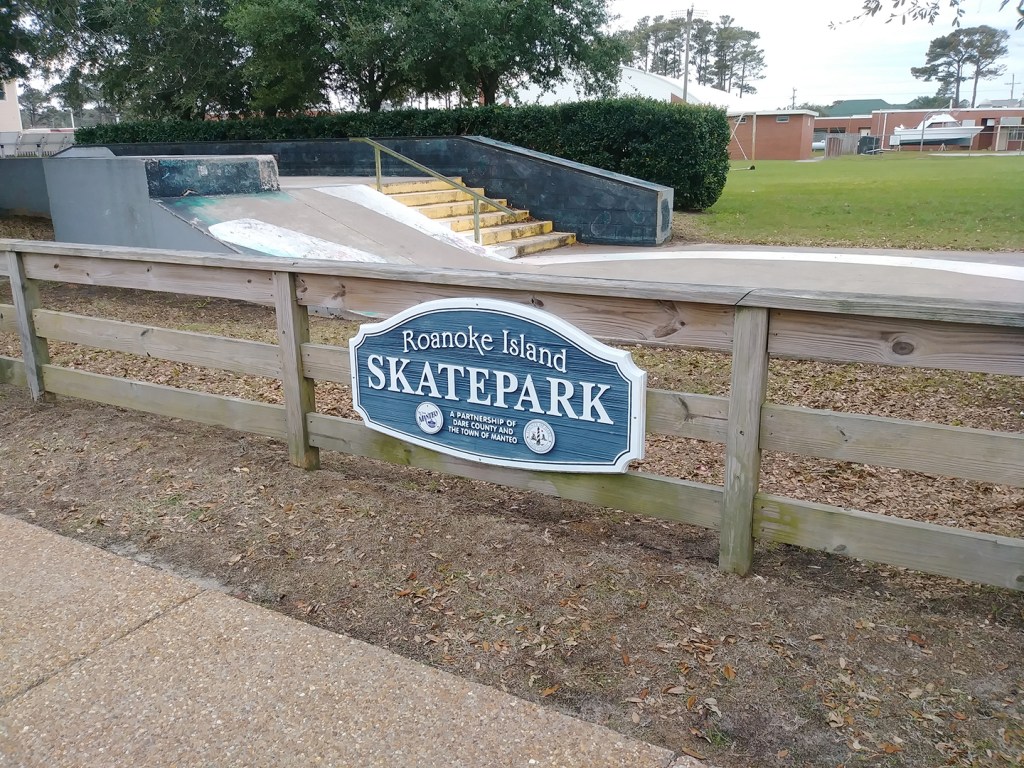 The Roanoke Island skate park in Manteo is across from Marshes Light on Uppowoc Street. Theresa Schneider photo

John Adams told Manteo commissioners that four and one-half years is long enough to wait for a solution at the Manteo skate park. Adams and another resident of the Marshes Light told the commissioners the bad behavior of skaters was on the increase.

Adams said these are the same complaints he lodged previously and although the behavior at the skate park had improved for awhile, recently the behavior of users has deteriorated. Marshes Light residents described a growing culture of foul language, disregard of rules and unsupervised risky behavior at the park.

The skate park was built about a decade ago in an effort to solve the complaints of merchants who, at the time, complained that the growing and unrestricted use of skateboards in downtown Manteo was disruptive and bad for business. The town built the park, now owned and operated by Dare County, between Marshes Light and College of The Albemarle on Uppowoc Street. The stated purpose was to provide the town’s youth with a place to safely skateboard.

At the same time, the planned Marshes Light development was approved. The neighborhood of neatly manicured homes and condominiums started slowly, but began to blossom in recent years. The proximity of the development to the skate park has led to growing complaints over the years.

In the past, community policing and security cameras have been used as a tool to enforce skate park behavior. Rules are posted at the park, but are self-regulating.

The Marshes Light residents stopped short of asking that the park be closed. Instead, they hope an increased police presence, possibly in conjunction with the town’s police dog, will curtail what they perceive as a skaters-run-wild culture.

Current and former town officials, Marshes Light residents and skateboarders all appear to agree on the need for a skate park. The unspoken question the town board appears to be repeatedly asked is can a residential community and the skateboarders’ culture coexist in such close proximity to each other.