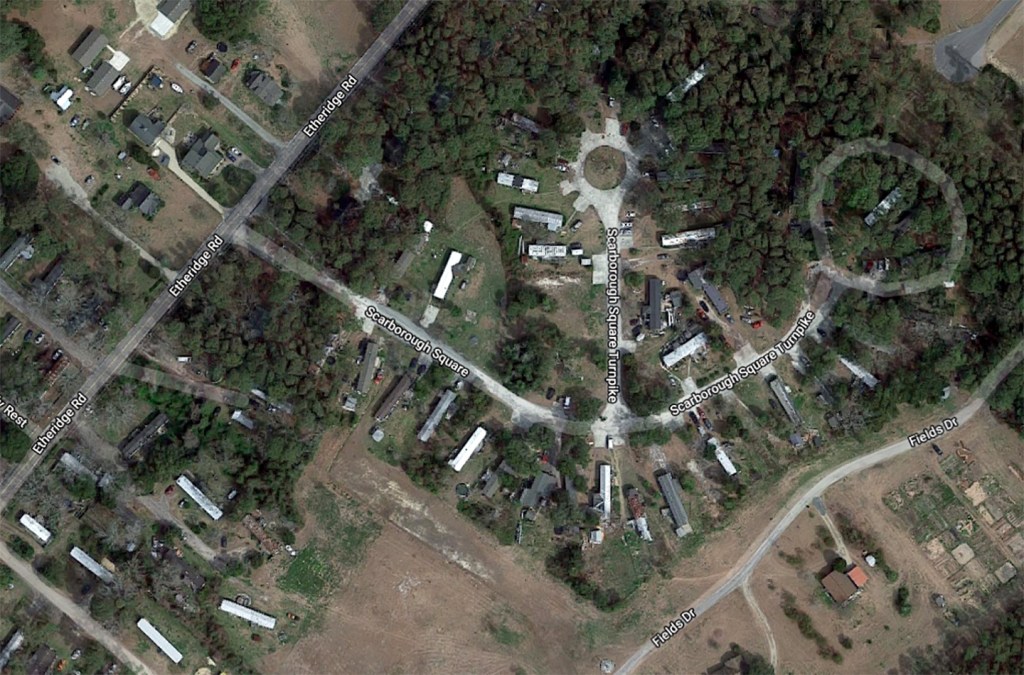 Members of the Roanoke Island Volunteer Fire Department were called to a structure fire call on Etheridge Road at about 5:50 p.m. January 7. Google image

Members of the Roanoke Island Volunteer Fire Department were called to a structure fire call on Etheridge Road at about 5:50 p.m. January 7 when a fire started in a dryer hose. According to firefighters at the scene, most of the fire was contained to an area under the trailer floor and the fire was quickly extinguished.

Some insulation was removed to confirm that the fire was out.

Fire Chief Talmadge Jones said although there was some smoke damage inside the structure, there did not appear to be any major damage to the home.

According to the National Fire Protection Association, there are between 17,000 and 20,000 fires reported each year from home clothes dryers. Statistics show that most clothes dryer fires occur in the fall and winter and cause an average of 51 deaths, 380 injuries and $236 million in property loss each year.

Regardless of the type of dryer in use, gas or electric, lint can get trapped over time and build up inside dryer vents and ductwork.

That is in part because lint is combustible. Lint can cause fires.

Officials at the U.S. Fire Administration, a division of the Federal Emergency Management Agency, maintain that the leading cause of home clothes dryer fires is failure to clean them.

Regular dryer cleaning and maintenance can help protect your family and your home.

Some dryer safety tips:
• Never leave a dryer running when no one is at home.
• Keep the area around your dryer free of lint, papers and stacks of clothing.
• Never store chemicals or soiled rags near a dryer. Some liquids emit vapors that can ignite.
• Clean the dryer lint trap after every load.
• Use a long-handled flexible dryer lint brush for areas you cannot get to by hand.
• At least once a year unplug the dryer and clean the exhaust vent hose.
• White or silver vinyl duct hoses are flammable and should be replaced. Building codes now require metal ducting for clothes dryers.
• Keep a fully-charged fire extinguisher in the laundry room.

If you suspect there is a fire, alert everyone to get outside and then call 9-1-1. If there is time, disconnect the power or turn off the breakers, but only if you can do so safely.