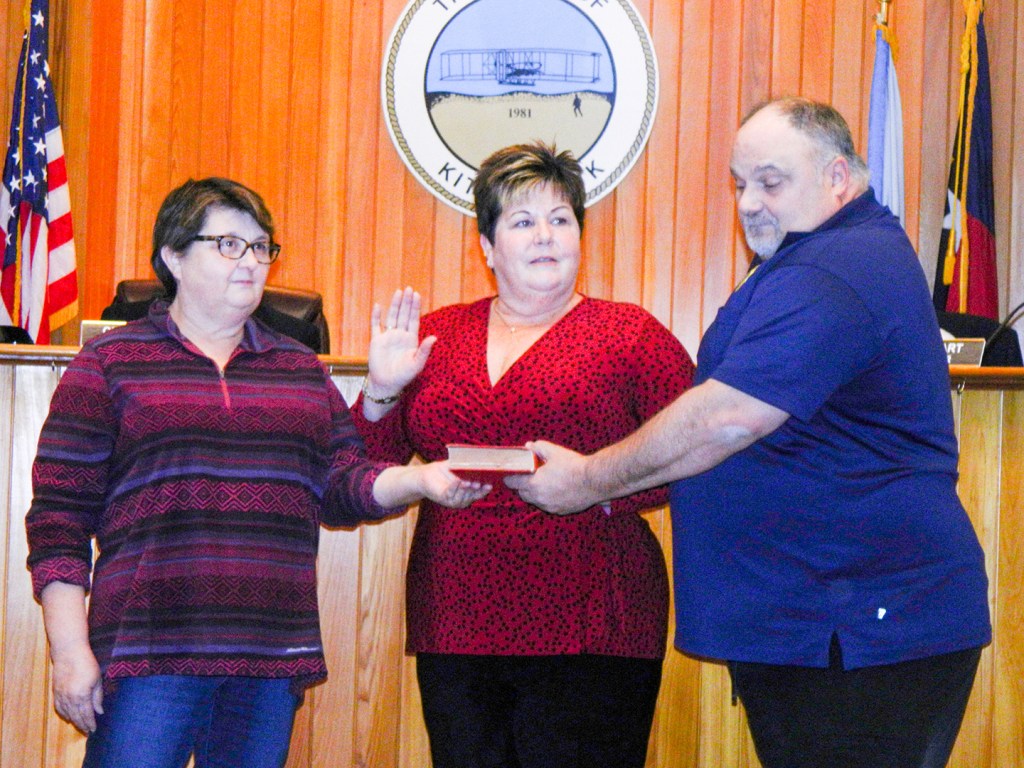 Tina M. Tice was sworn into office at the Monday, January 7 Kitty Hawk Town Council meeting to complete the unexpired term of former councilman Ervin Bateman after he was elected to be a Dare County commissioner in November.

Among the first items of business for council members was to approve a change to the town’s minimum setback for gas station canopies and gas pumps.

As approved, the setback distance for gas pumps was lowered from 75 feet to 40 feet, with gas station canopies at least 30 feet from any right-of-way.

NCDOT currently allows gasoline pump islands to be a minimum of 25 feet outside the highway right-of-way when parallel to the pavement and 50 feet when not parallel.

Council also eliminated a restriction on the number of vehicles allowed to receive fuel simultaneously.

In a related move, the property at 6100 North Croatan Highway was reclassified as a planned commercial development. Although the original zoning there does not change, the PCD designation is an overlay which allows greater development flexibility. 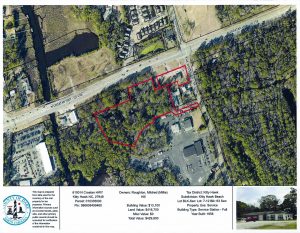 Also approved as part of the evening’s consent agenda were the December 3 council minutes, a 2019 Town Council meeting calendar revision for Monday night Town Council meetings prior to a Tuesday election to start at 5 p.m., the addition of a 9 a.m. January 28 capital improvements workshop, adoption of the 2018 state revised building and fire codes and a resolution requesting the N.C. General Assembly to pass legislation to address problems associated with increased use of e-cigarettes by youth.

In a separate vote, council approved a $38,187.00 bid from H&H, L.L.C. for culvert work on West Tateway. A bid approved at the December 3 council meeting was for an incorrect amount and Monday’s vote corrects that error.

At the end of business, council recessed to a 9 a.m. January 28 capital improvements workshop.

For Dare County, audit is fine

Death toll from flu in North Carolina climbs to 16