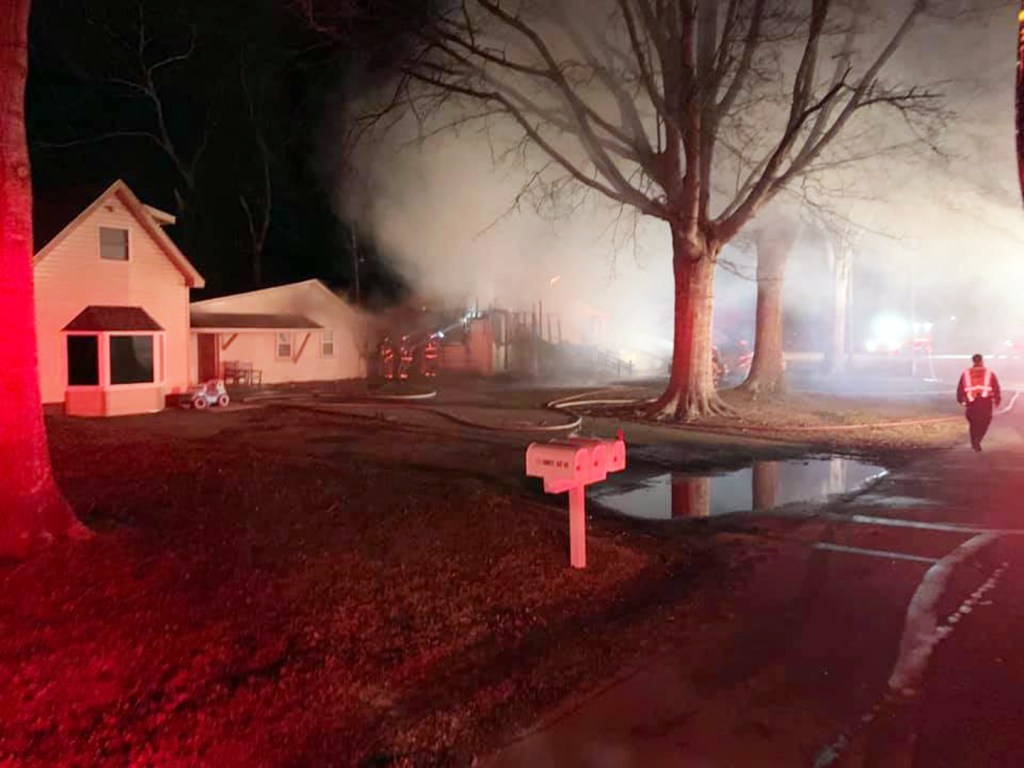 Fire units from the Lower Currituck Volunteer Fire Department were dispatched to the 100 block of Dowdys Bay Road in the Grandy area of Currituck County at 12:54 a.m. February 5.

Four occupants, who were at home when the fire started, were able to get out on their own prior to emergency personnel arriving on scene. The occupants have been displaced by the fire and are being assisted by the American Red Cross. It was reported that there were no injuries.

The fire was brought under control in just under two hours. According to Currituck Fire-EMS, firefighting efforts were hampered by all water needing to be shuttled to the scene due to lack of a nearby fire hydrant.

The fire is under investigation by the Currituck County Sheriff’s Department.