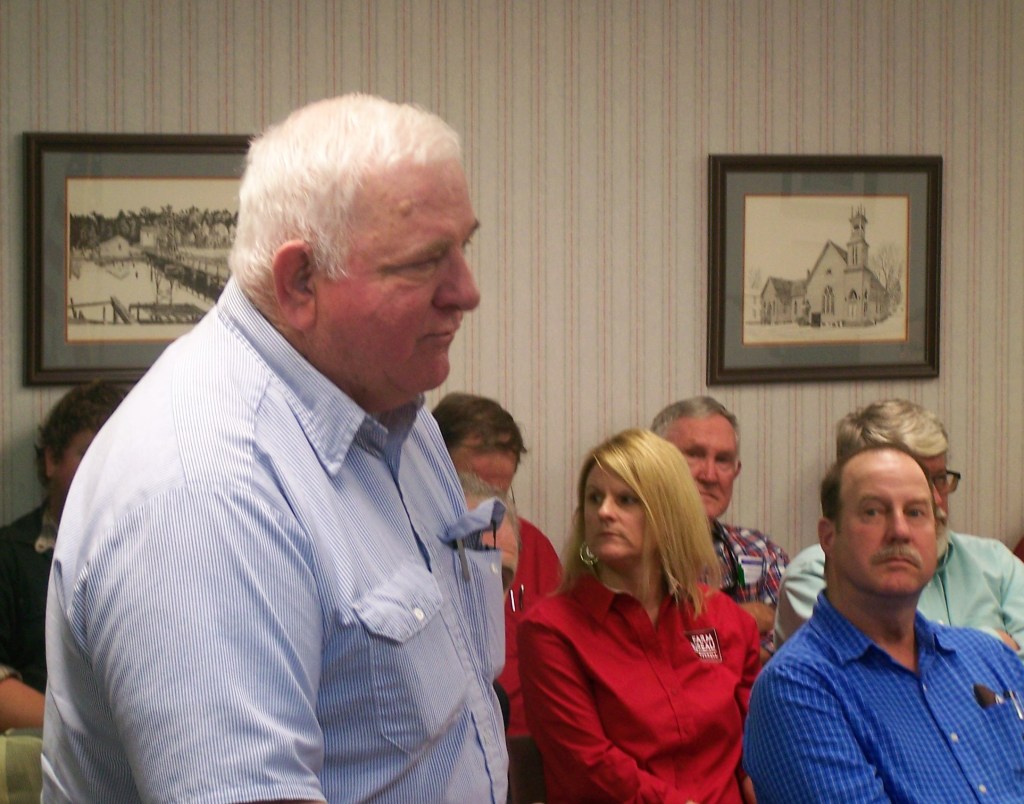 The Tyrrell County Board of Commissioners on Feb. 5 referred a draft Voluntary Agricultural District Ordinance to the county planning board with a directive to “hear all sides,” “give thoughtful consideration to county-specific issues” and construct an ordinance that is not necessarily countywide in its application.

The action came after commissioner Jordan Davis, a farmer, introduced and summarized the measure, saying it would benefit “the average citizen and family.”

Commissioner Lawrence Swain said he sees no advantage to passing the ordinance “if it doesn’t stop nuisance lawsuits” such as are occurring in several southeastern counties.

Commissioner Nina Griswell wanted to know if the ordinance would stop nearby homeowners from suing a farmer in a district. Davis replied that the homeowner could still sue.

Harry Spruill, president of the Tyrrell County Farm Bureau, said the ordinance is designed to educate people about farming operations and to protect the farming community. “If you want to go to Food Lion, we’ve got to have farms,” he added.

Spruill had sent a Jan. 29 letter of support, which reads: “The Tyrrell County Farm Bureau Board of Directors is in full support of the Voluntary Agricultural District ordinance. This program will serve as a market piece for agriculture and the industry it serves for this county. Agriculture is second only to government for employment opportunities in Tyrrell County. We have also acknowledged that there are 88 other counties in the state that have a VAD ordinance in place, giving us more confidence in the program as a whole. We would appreciate it if you would please give this ordinance your full consideration.”

Jacob Parker of Gum Neck, soil conservationist and former planning board member for 30 years, said the planning board saw no conflict between homeowners and farmers when it approved residential subdivisions. “If those 200 homes were here now, it would benefit all of us in the county.”

Steve Woodson of Raleigh, attorney for the North Carolina Farm Bureau Federation, said he had never heard any of the 88 counties having Ag districts complaining that the program kept out desirable development. He told the commissioners they have wide discretion in framing an ordinance.

Chairman Tommy Everett said 53% of the land in Tyrrell County is exempt from the property tax and 659 tracts are under land use deferral, “so we don’t want to do anything to stop development.”

Everett drafted a motion to refer the ordinance (the text of which came from Washington County) to the planning board with instructions. Vice chairman Carl Willis introduced the motion to refer, which passed without objection.

This month’s call for a VAD ordinance is the fourth such request over the past few years. In March 2017, the county planning board was of the opinion the ordinance “would retard development of residential subdivisions, hindering much-needed population growth and property tax revenues.”