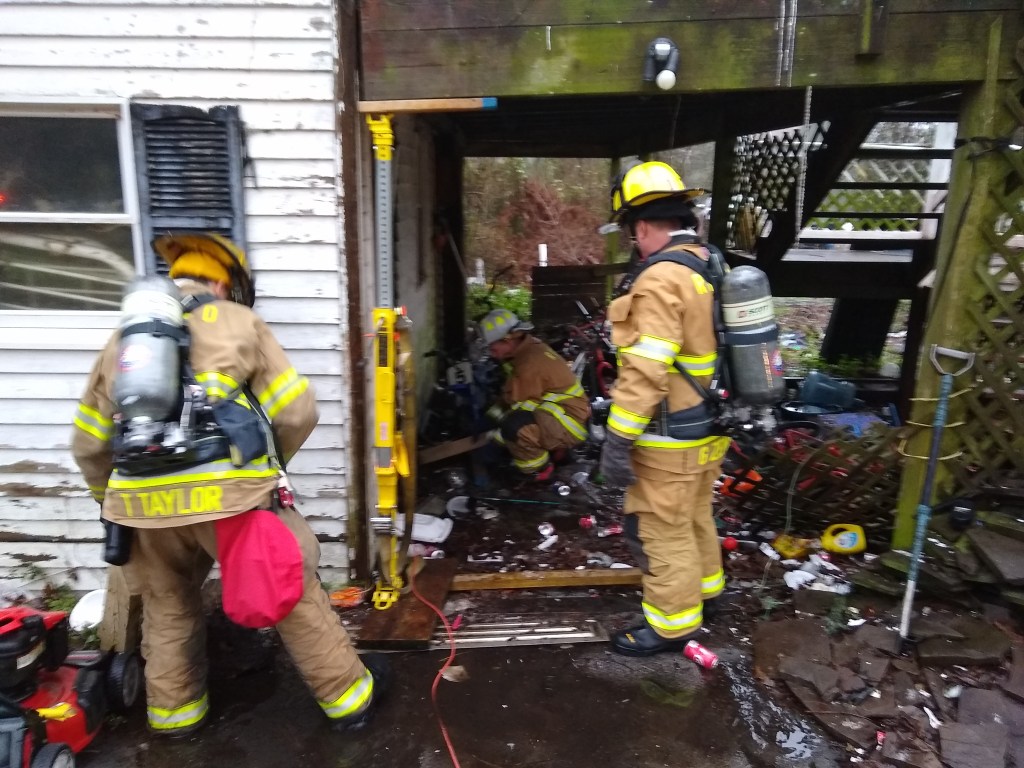 While making entry to the second floor of the structure, firefighters determined the deck was not safe and set up jacks to provide support. After the fire was extinguished, a couch was removed and the two-story home checked for any additional fire or fire extension into the walls and attic. The fire originated at the couch and the cause is still under investigation.

RIVFD responded in an estimated five minutes or less; they sent a ladder truck, two engines and a rescue truck. Dare County EMS and Sheriff’s Office deputies also responded. Exhaust fans were used to remove smoke and the homeowner and residents were advised not to use the deck until repairs are completed.

A January deck collapse at a Waves home during an Emergency Medical Services call sent two firefighters and an older man to The Outer Banks Hospital. Fire officials emphasize the importance of homeowners and property management companies to perform regular, routine inspections and maintenance on all decks, stairs and porches for the safety of residents and guests.

Deck collapse in Waves sends three to the hospital