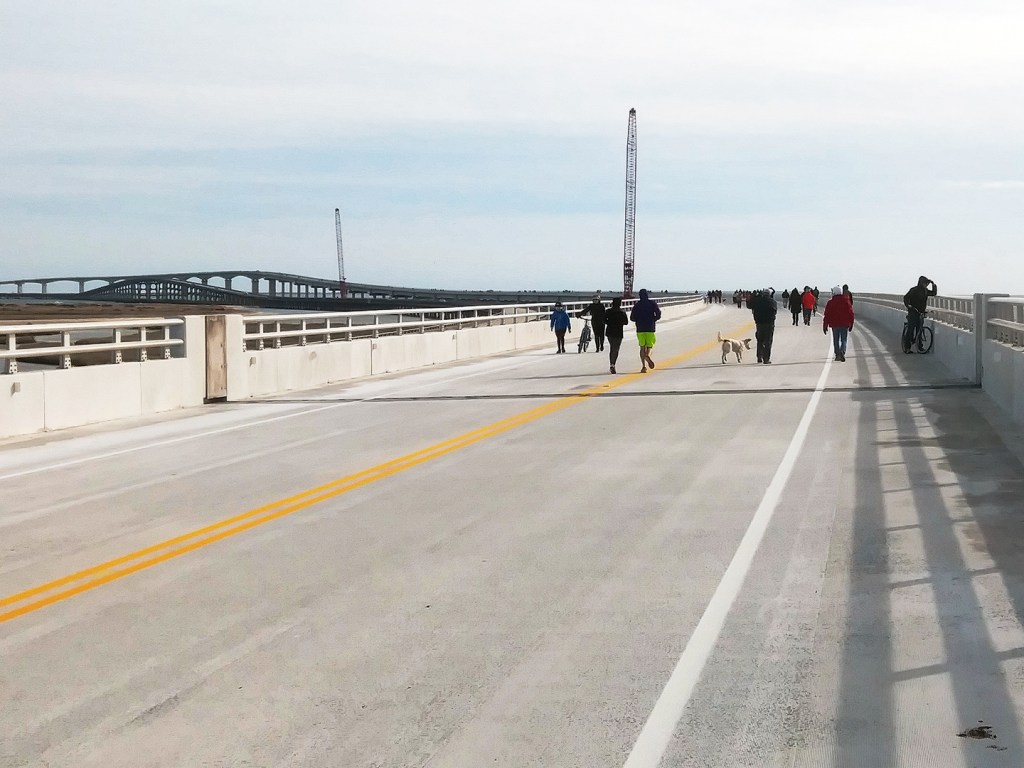 Community Day was held February 9 to allow pedestrians and cyclists to check out the new bridge over Oregon Inlet first hand. On March 7, the N.C. Board of Transportation voted to designate the bridge the Marc Basnight Bridge. Theresa Schneider photo

On March 7, the N.C. Board of Transportation voted to designate the new N.C. 12 bridge over Oregon Inlet the Marc Basnight Bridge. The segment of the old bridge that will become a pedestrian walkway will retain the Herbert C. Bonner name.

NCDOT stated in a media release that the resolution came at the request of the Dare County Board of Commissioners, as well as the town councils of Kill Devil Hills, Manteo and Nags Head.

Community Day was held February 9 to allow pedestrians and cyclists the opportunity to walk across the new bridge. The new bridge opened to traffic on Feb. 25.

Marc Basnight represented Dare County in the North Carolina Senate from 1984 until 2011. He was President Pro Tempore of the Senate from 1993 until 2010, holding the position longer than anyone in state history. He also championed the Bonner Bridge Replacement Project from its infancy, noting the vital need for a reliable transportation link to Hatteras Island.

The resolution also rescinds the 1983 designation that named the entire length of N.C. 12 from U.S. 64 to the Ocracoke Ferry Terminal the “Marc Basnight Highway.”