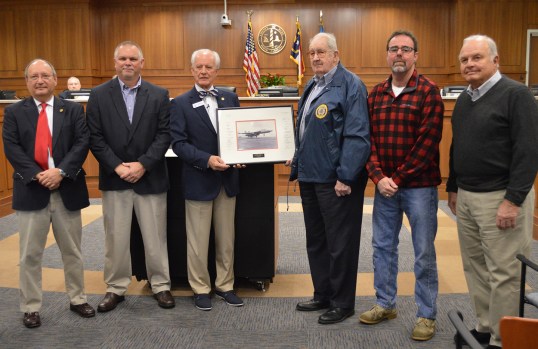 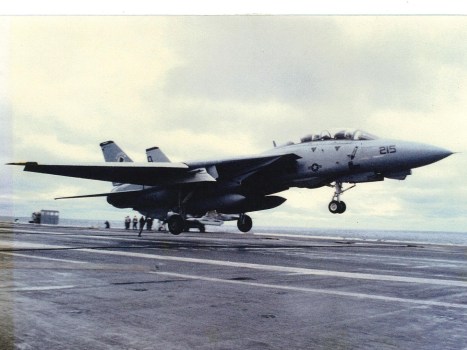 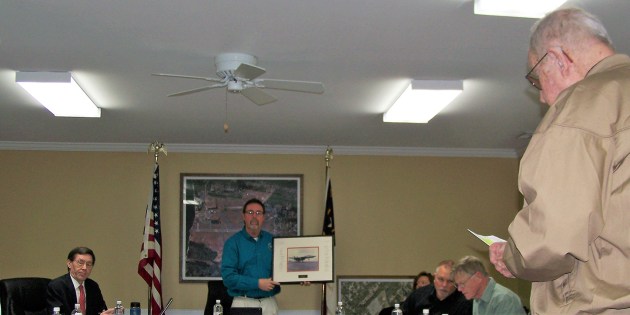 Jack Overman presents a framed photo of a F-14 Tomcat with a crew of two that made an emergency landing at Dare County Regional Airport 20 years ago. Overman, the former airport authority chairman, described the February 26, 1999 event when the plane, running low on fuel, landed with brakes screeching on the short runway. A few days later as a crowd gathered to watch, the plane with the assist of afterburners soared almost vertically skyward. The picture, taken by Overman’s wife, will be placed on display accompanied by a description of the event in the airport’s main terminal building. Gregory Clark photo

Some 20 years ago, an F-14 Navy jet made an emergency landing at the Dare County Airport on Roanoke Island.

The jet usually required 6,000 feet of runway to land. On that day, the jet used the local airport’s 4,300 feet of runway and screeched to a halt before it hit water. It was smoking badly but the airport’s ground crew sprayed foam and water.

In the rear seat of the airplane was the squad commander Ted Carter.

At the March 4 meeting of the Dare County Board of Commissioners, former Dare County Airport Authority member Jack Overman told that story and related an update.

Walter E. “Ted” Carter is now a vice admiral in the U.S. Navy. He serves as the Superintendent of the U.S. Naval Academy. His extensive biography shows ever-increasing responsibilities and distinguished himself as a naval pilot.

“Carter flew 125 combat missions in support of joint operations in Bosnia, Kosovo, Kuwait, Iraq and Afghanistan. He accumulated 6,150 flight hours in F-4, F-14 and F-18 aircraft during his career and safely completed 2,016 carrier-arrested landings, the record among all active and retired U.S. Naval Aviation designators,” states his official biography.

Overman found some personal photos from that emergency landing. He sent them to the vice admiral and received a letter in return along with a “challenge coin.” As Overman told the story, a challenge coin bearer walks into a bar and slaps down the coin. The person without a challenge coin pays the bill.

The current Dare County Airport was finished late in the fall of 1941. The facility was used as a base by the Civil Air Patrol in its anti-submarine patrol mission until Aug. 31, 1943. The facility was operated as a Naval Auxiliary Air Station. It was put on caretaker status Dec. 15, 1945. In 1947, Dare County asked for the airport to be returned.

Since 1983, the Airport Authority has overseen airport operations.

The vice admiral’s letter and the challenge coin will be placed in the airport’s museum. 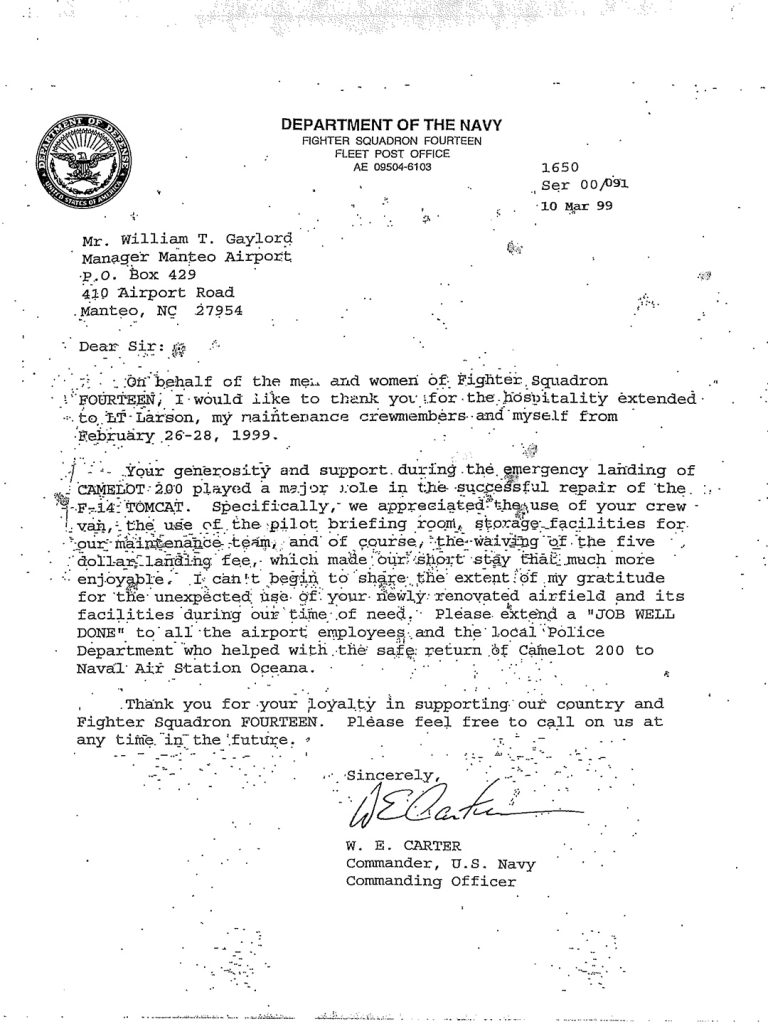 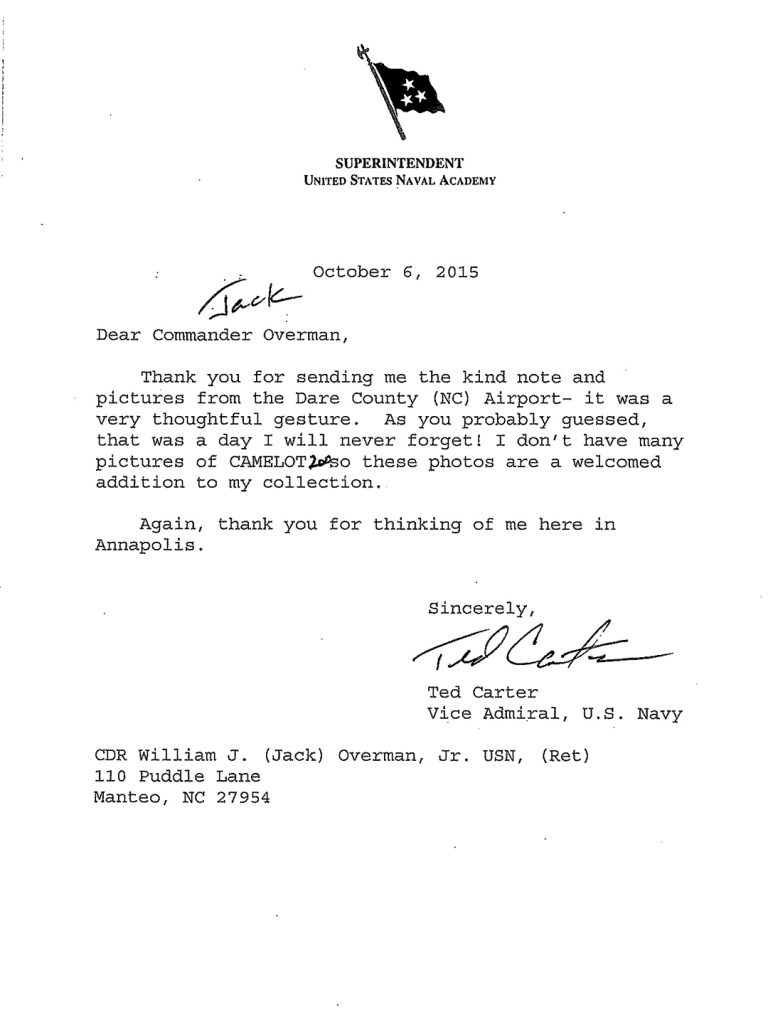 In 2015, Jack Overman found personal photos of the emergency landing and sent them to Vice Admiral Walter E. “Ted” Carter Carter; who replied with a letter and “challenge coin.” The letter and coin will be displayed at the Dare County Museum Airport.