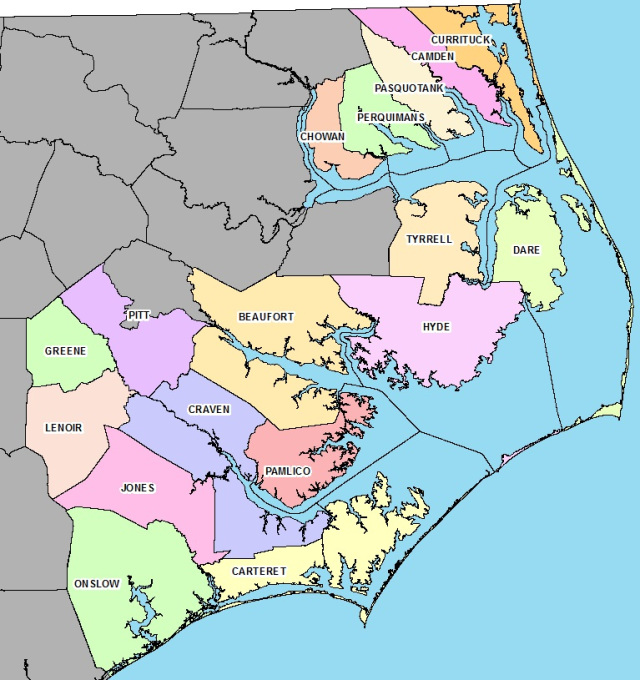 Six candidates have signed up to run for the Democratic Party nomination:

Some 17 candidates are seeking the Republican Party nomination:

As of Friday afternoon, only Greg Holt, 2021 US 17 Hwy. N, New Bern, has signed up as a candidate for the Constitution Party.

Dare County Board of Elections will meet at 10 a.m., Tuesday, March 12, to discuss the One Stop (Early Voting) Implementation Plan for the upcoming Special Elections.

The special primary elections for party nominees for Third Congressional District are scheduled for April 30.

There is no requirement to live in the congressional district. Five of the 26 candidates live outside the district in Raleigh (Moore), Wake Forest (Boyd), Cary (DeLuca) and Apex (Bray). One of three candidates (Reeves) from Greenville, which is split, lives in the First Congressional District.

Two Currituck County commissioners are on the Republican candidate list: Paul Beaumont from Shawboro and Mike Payment from Grandy. Also running from Currituck is Kevin Baiko from Moyock.

Four candidates are from New Bern, including current Democratic mayor Dana Outlaw. Another Democrat is a former Greenville mayor, Allen Thomas. Richard Bew is a retired marine and former legislative assistant to the Joint Chiefs of Staff.

Three candidates are from Jacksonville and three from Kinston.

Seven in the 26-candidate field served in the Armed Services, reports the Charlotte Observer.