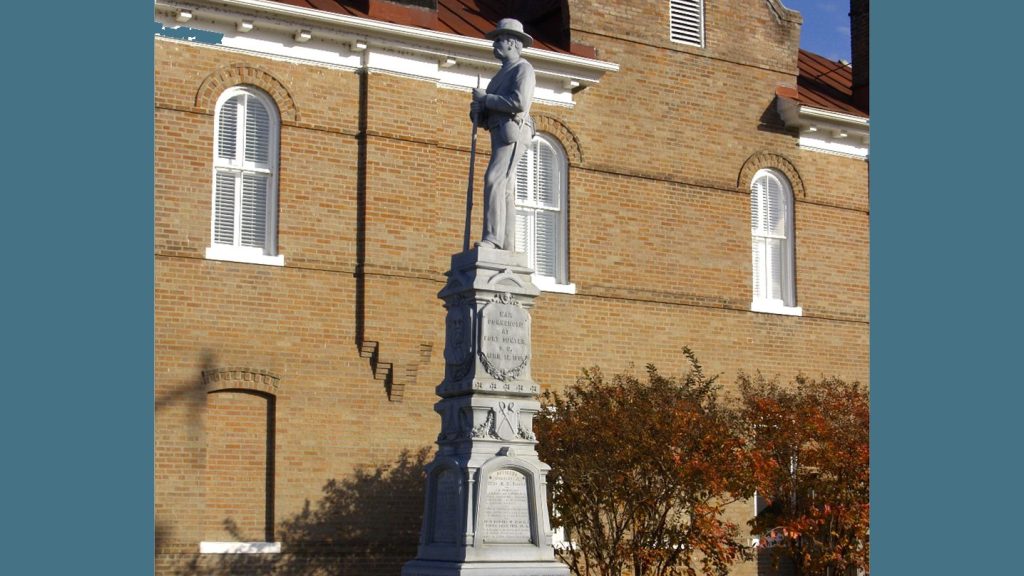 The Tyrrell County Board of Commissioners is prohibited by state law from removing the Confederate monument from the courthouse lawn in Columbia, David Clegg, county manager-attorney told Joyce Sykes Fitch on March 5.

During public comment, Fitch had asked, “What do we need to do first to get the monument moved – not torn down – but moved, perhaps to the gravesite of someone named on the monument?”

Commissioner Lawrence Swain replied, “No one better bother the statue. We’re small here, it’s a fixture and most expect it to stay.”

Clegg stated that the law [GS 100-2.1] prohibits the commissioners from removing the statue and gives that authority to the North Carolina Historical Association.

“You need to go to Raleigh about this.”

Commissioner Nina Griswell said she went recently to the county library and read the report by the group that erected the monument in 1902, which named every contributor; and she commented: “We ought to have enough sense to talk this out among ourselves.” 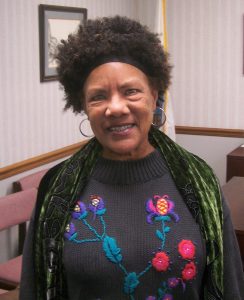 This was Fitch’s second comment about the monument. In February, she said its presence on the courthouse square “bothers us,” apparently referring to members of Concerned Citizens of Tyrrell County, which opened its Dr. Martin Luther King Day ceremonies near the statue on Jan. 21.

Fitch also voiced concern over flooding in communities on both the north and south sides of Alligator Creek.

Chairman Tommy Everett said a regional bill to provide money to pay for drainage improvements is in the General Assembly, and he also advised Fitch to ask Gum Neck residents about the cost of maintaining the drainage district there.

Fitch said later she grew up in Alligator community and returned there a few years ago after a long residence in New Jersey.