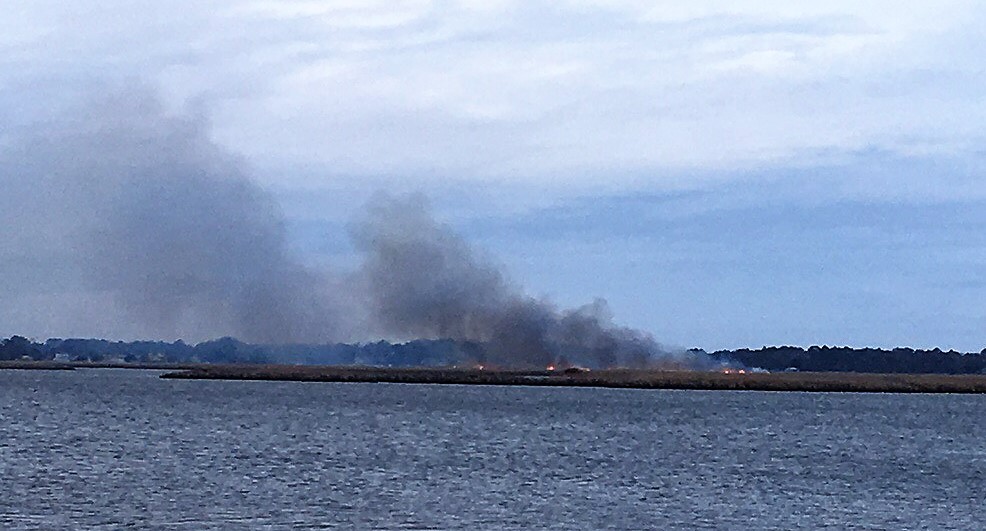 The low-lying Baum Point Island is an uninhabited, difficult to access island lying just off Colington in Kitty Hawk Bay. Forest Service personnel monitored the fire throughout the day while allowing it to burn. Van Riper said by mid-afternoon, the fire was nearly out and forecasted rain should extinguish the remaining fire.

Van Riper made a point of saying that the fire wasn’t a prescribed burn. He said the fire service would never sanction a prescribed burn that early in the morning and so close to a community with the stiff 20 mph wind blowing, as it was this morning. He said this isn’t the first time the island – popular with duck hunters – has been set ablaze. 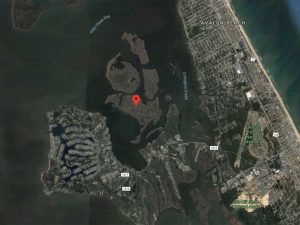 More than 2,500 acres of shellfish waters closing to harvest